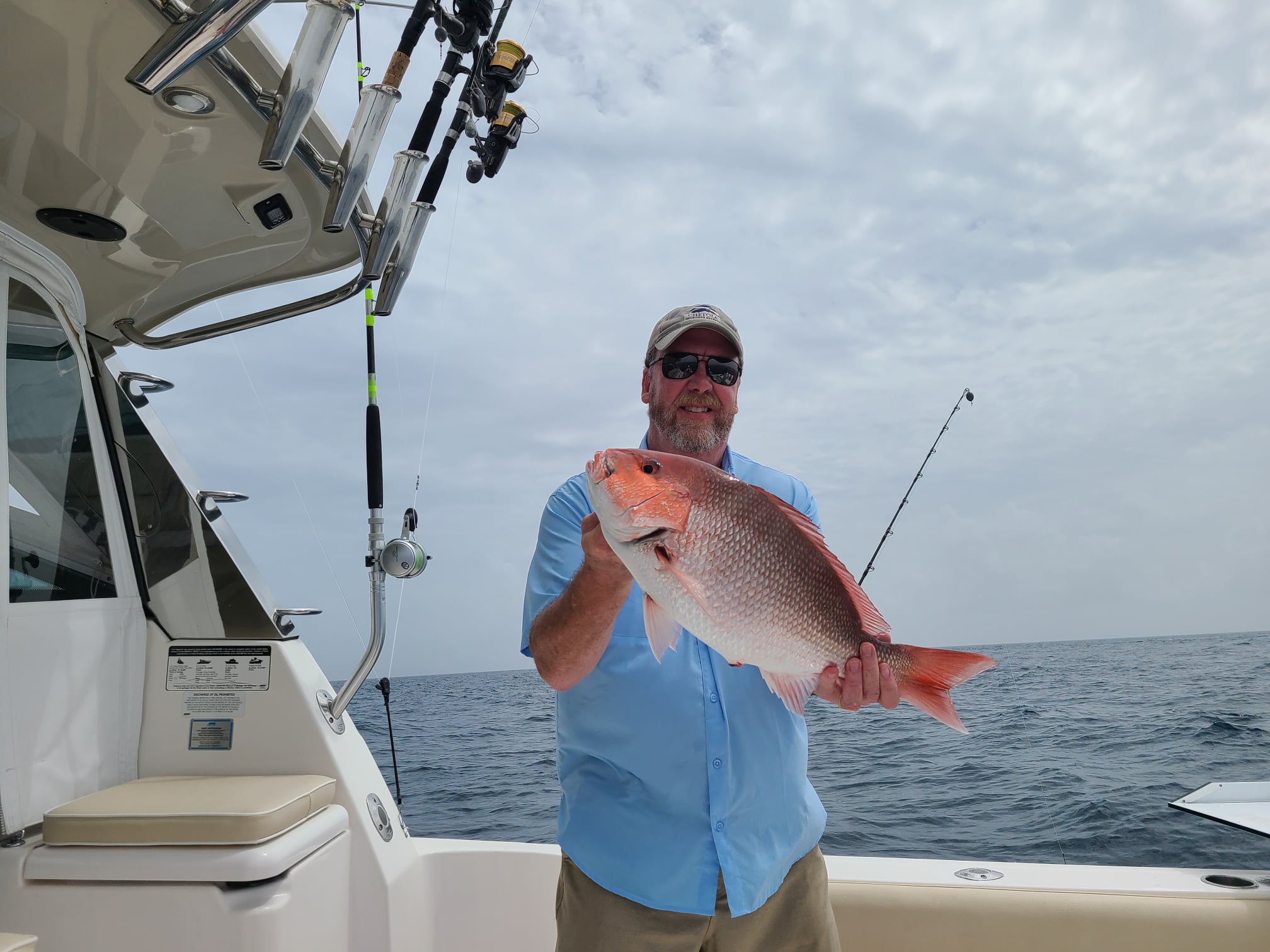 If you order snapper at a restaurant in the United States, odds are that it’s Red Snapper on your plate. Their tasty white meat, strong fighting skills, and willingness to take a variety of baits is cause for the Red Snapper’s popularity among anglers throughout the Gulf of Mexico. Every summer, marinas and boat ramps swarm with boats gearing up to head far offshore in search of these tasty critters. It is a tradition that many on the Gulf Coast share and look forward to. They are also heavily commercially fished, which is how these fish find themselves in grocery stores and restaurants throughout the world.

Red Snapper are plentiful throughout the Gulf of Mexico, but there are a few locations that are well known for their exceptional fisheries. Florida's Gulf Coast, namely Panama City Beach and Destin, are examples of areas with phenomenal Red Snapper fishing. However, locations like Tampa and Fort Myers support strong populations as well. Outside of Florida, states like Alabama, Georgia, Louisiana, and Texas all offer great Red Snapper fishing, but tactics sometimes differ from location to location.

Red Snapper are a highly regulated species, which has led to much controversy in recent years. Unlike other species of snapper, Red Snapper are only open for a little over a month in the summer. However, for-hire guides have slightly longer seasons, and commercial fishermen have even longer seasons. This short recreational season has caused a lot of uproar from anglers, despite the fact that commercial versus private boat quotas end up evenly matched. Despite all the controversy, the close management of the species is cause for their plentiful nature, as well as having brought them even closer to shore and within reach of smaller vessels.

Red Snapper are a large, hard fighting snapper. They are also one of the larger snapper, with fish over 20 pounds frequently hitting the deck, and those over 30 not uncommon. Because of this, traditional grouper set ups work well, with rods in the 20 pound class fitting the bill. While fish can be chummed up and brought up in the water column, they do typically congregate near the bottom. A variety of bottom fishing rigs work, just make sure to use a circle hook and sufficient lead to hold bottom. Red Snapper do have good eyesight, so fluorocarbon leaders in the 50 pound class are recommended to help coax the more wary fish into biting, and you do not need to worry about them rocking you and breaking you off.

They will eat a variety of baits, but oftentimes key in on a specific bait on any given day. Because of this, it is important to have a variety of both live and dead baits at the ready. Baits ranging from live pinfish and sardines, to frozen squid, sardines, and my personal favorite, cut bonita strips, are all extremely effective. If the bite suddenly shuts off or the fish are not eating what they did the day before, try switching up your bait choice or dropping your leader size.

Florida’s Gulf Red Snapper season for for-hire vessels starts on June 1st and runs through August 2nd. This early season gives anglers a chance at fish before the recreational season opens, and often results in some incredible action. The recreational season is open from June 4th to July 28th. Due to the short season, trips book up quickly, so make sure to reach out to one of our experienced captains soon to secure your spot. Book a trip with a professional guide between June 1st and June 3rd or July 29th and August 2nd for reduced fishing pressure from recreational vessels. While the fishing is exciting, it is not super technical, so feel free to bring the whole family along to fill the cooler. Expect fast action, hard fights, and some of the best eating fish the ocean has to offer come June!