Biloxi Redfish Fishing: All You Need to Know 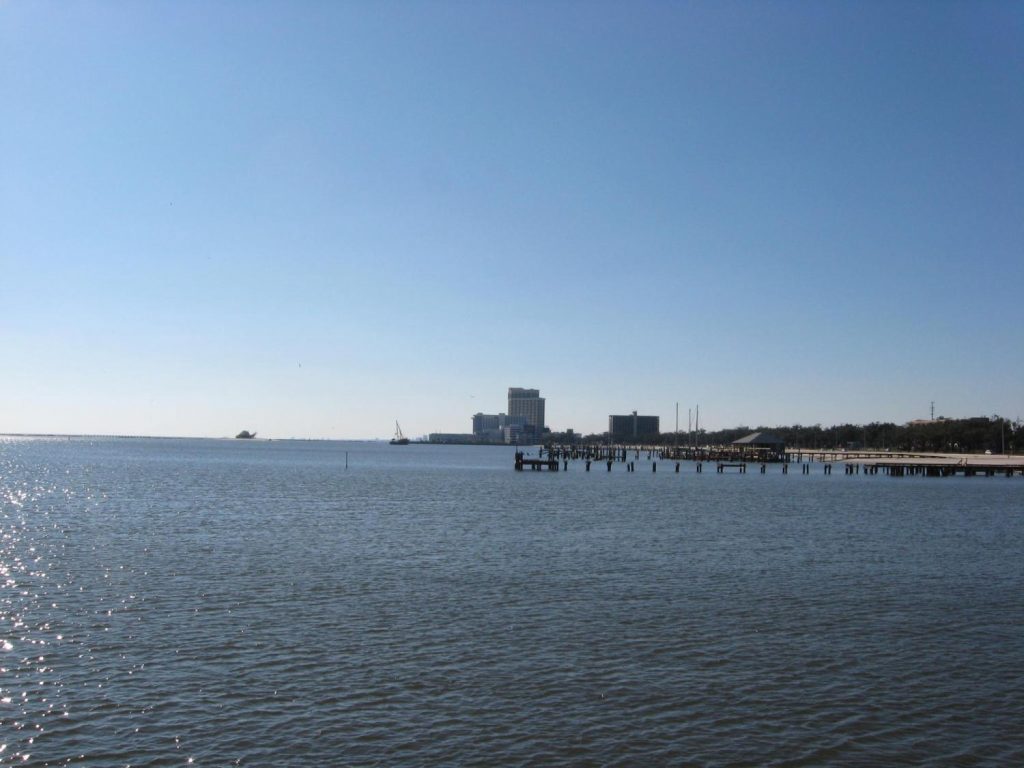 Biloxi’s location right on Mississippi’s Gulf Coast makes it a prime destination for all things water-related. The beaches draw a crowd, especially in the warmer months, and anglers can be found at the various piers and bridges year round. The city is rich in history, originally settled by French colonists in the 1700’s, with its iconic lighthouse erected in 1848. It’s also no surprise that this city’s history involves its fishery, with Biloxi being known as the “Seafood Capital of the World” in the early 1900’s.

What makes this fishery so great? To sum it up; opportunity. Whether you are looking to catch largemouth bass in the inland rivers, bull reds inshore, or offshore brutes out in the Gulf, . One of the top targeted fish in the region is redfish, also known as red drum. It’s an inshore species found near the shores of Biloxi in the Gulf of Mexico. Redfish is a bronze or tan color fish with a distinct black dot near the tail. It’s a highly sought after species that brings anglers from all over the country. If you’re visiting Biloxi, Mississippi be sure to plan a redfish charter while in town!

Fishing for Redfish in Biloxi

Redfish are known for their high stamina and powerful runs. On lighter tackle, a redfish puts up an unforgettable fight. Redfish are aggressive feeders, and are not terribly picky. Anglers will often have success with live shrimp, sometimes rigged under a float or popping cork depending on the habitat being fished. They can also be caught on live or cut bait, and a variety of artificials.

The redfish bite is on year round in Biloxi, but typically best around May. They are also a delicious inshore species, with the smaller specimens typically regarded as better eating. Make sure you check the latest regulations on size and bag limits before harvesting a redfish. Though smaller redfish can be caught from the piers or in the surf, the easiest way to get on the big reds is to book a guided trip with a local Biloxi fishing charter, especially if you are visiting the area from out of town. There are many local captains who have been fishing these waters their entire lives, and they will know where the reds have been eating.

If you’re fishing without a boat, there are several piers and jetties nearby to cast to a school of reds. Or, if you do have access to a vessel, head north to Big Lake or Mullet Lake; or travel south into Biloxi Bay and the Gulf of Mexico. Biloxi Bay, in particular, is a great place for anglers to fish for reds. The marshes and vegetation provide good eating, hiding, and spawning for reds and they can grow large here. The water is only 35 feet deep in some areas, which adds to the perfect conditions for redfish looking to grow big in shallow waters. The barrier islands to the south provide fantastic fishing grounds for reds, and are often just a short drive from Biloxi. The closest is Deer Island and there is a nearby Katrina Key Reef that is a favorite among inshore anglers.

No matter what you’re looking to catch, inshore fishing in Biloxi can yield a number of different fish at the end of your line. Along with redfish, anglers will target flounder, sheepshead, and speckled trout. Although there are a variety of species to catch inshore in Biloxi, the redfish is easily among the most sought after.

Another popular Biloxi inshore species is the spotted seatrout, also known as the speckled trout or “speck.” They are known for their delicious food quality and aggressive nature. Though typically not as strong as redfish pound-for-pound, the speckled trout still puts up a worthy battle on light tackle, and provides very exciting strikes. Speckled trout will eagerly hit a variety of live baits, including shrimp, croakers, small mullet, and minnows. Those looking to throw artificials should have soft plastics, top water plugs, and slow-sinking jerk baits in their tackle box. The jarring hit of a speckled trout on an otherwise steady retrieve is addicting. Like the redfish, speckled trout fishing is on year round in Biloxi, however it is best in the late fall and early winter. There are also large speckled trout to be caught in the summer, typically just before or after a full moon when they are spawning.

With world class inshore fishing, a trip to this coastal city would not be complete without getting some fishing in. Search and book a on FishAnywhere.com. Reserve your date with a deposit today.