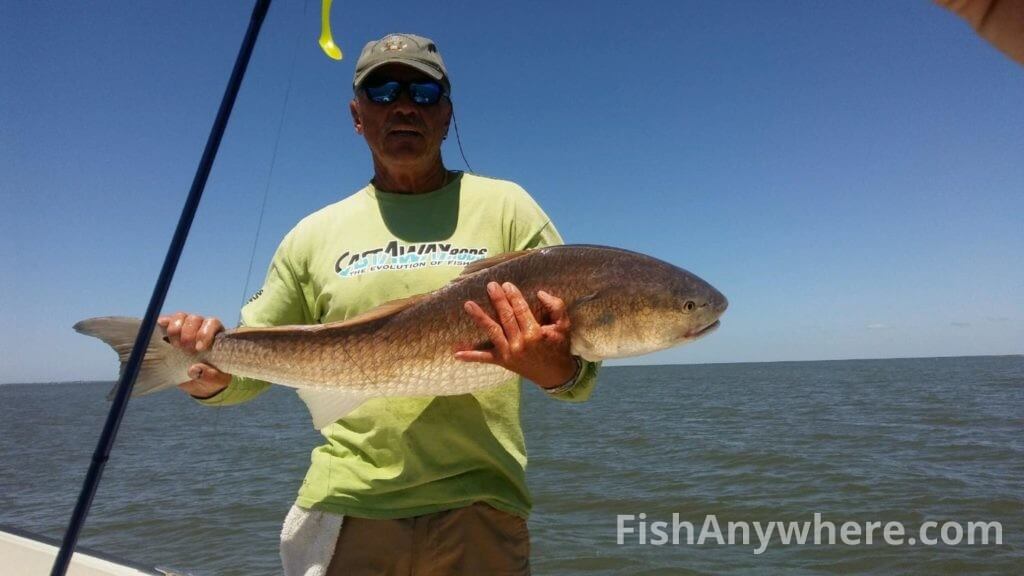 Texan anglers have a variety of premium intercoastal bays to choose from for their next fishing adventure. From Laguna Madre in the south to near the Louisiana state line, there’s so much to choose from along the Texas Gulf Coast. The uniqueness about the Galveston Bay system is the many bays that actually make up this system. One such extension is the , a favorite fishing ground in the Lone Star State.

East Bay is located on the eastern side of Galveston Bay; it’s often referred to as East Galveston Bay, and measures five miles wide and twenty miles long. To the south is the Bolivar Peninsula, a great place to visit and launch your East Bay fishing trip. Bolivar Peninsula is a great place for outdoor enthusiasts to visit with their 27-miles of beaches and pristine waters. Enjoy sunbathing, surfing, kayaking, paddleboarding, and of course, fishing. Another extension of East Bay is Rollover Bay, located on the southeast corner. This bay also once led to the very popular Rollover Pass, an inlet that gave access to the Gulf of Mexico; but recent storm damage and flooding have caused county leaders to fill in the inlet. If you’re looking for some of the best fishing in the state of Texas, look no further than East Bay. It’s easy to access, has a great fishery, and there’s something biting twelve months of the year - it doesn’t get any better than that!

The thing that makes fishing East Bay so productive is the many oyster beds found throughout the system. This creates a thriving habitat for two of Texas’ favorite species: redfish (or red drum) and speckled trout (also known simply as “specks”). There is a larger population of redfish found throughout the East Bay, but that’s not to say you won’t have an incredible day targeting trout, either. Redfish are golden or bronze colored fish with a distinct black dot or dots found near the tail. They grow quite large in East Bay (again, thanks to those numerous oyster beds), and are almost always on the lookout for food. Move to the southside of the bay to the many tidal creeks, and you’re sure to find reds who are hungry and looking for food. Offer up a plump shrimp, crab, or mullet as bait and you’ll be reeling in a red in no time at all! While redfish are usually found near the grass beds of East Bay, speckled trout can be found in the open waters of the system. Speckled trout are also known as spotted seatrout in various parts of the country, and are a silver or gray color with small black dots littering their backs from head to tail. Again, shrimp or crab is your bait of choice for landing a trout. Hanna Reef, located on the west side of East Bay, is a known hot spot for catching large-sized trouts. Other species found throughout the bay include black drum and flounder, among others. Flounder is a flatfish that is known for camouflaging itself along the seafloor. Peak season for flounder typically runs from October to December; this also happens to be the best time to fish for trout and redfish as well, so you really can’t go wrong. While many anglers access the East Bay via a vessel of some sort (usually a bay boat), it is possible (and sometimes preferable) to fish from the shore or even a kayak. Kayak fishing is becoming quite popular among avid anglers, and is a great way to sneak up on the schools of fish. This method of fishing is also great for the environment, and most kayak anglers will opt to practice catch-and-release for the conservation of species.

Fishing is a way of life in Texas. And people from all over the country travel here to experience just how good Texan anglers have it. If you’re looking to fish East Bay, make your way to any of the nearby cities, including Galveston, Texas City, Crystal Beach, and Gilchrist. The former are located on the other side of Galveston Bay, while the latter are located on Bolivar Peninsula. It’s just a longer boat ride from Galveston, but definitely worth the ride! If you’re staying in the area for a few days, consider one day fishing the bay and another day fishing the Gulf. Depending on the time of year you’ll be able to see a variety of species at the end of your line! Offshore trips target red snapper and mahi mahi, among many others. Search FishAnywhere.com for a who can get you on the fish you’re looking to catch, and spend the day doing the thing you love most: Fishing!