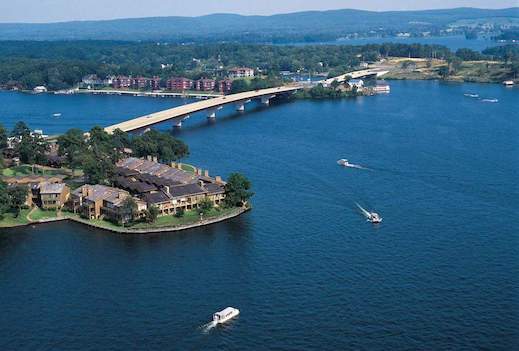 Somewhere between the tales of family vacations, frequent visits in the past by noted gangster Al Capone, and 7,400 acres of beautiful, crystal clear waters lie fishing stories that will make anglers forget all the history and activity that surrounds them on Lake Hamilton in Hot Springs, Arkansas. Then they focus on the fishing. Located right in the middle of the popular tourist destination, Lake Hamilton is also home to fantastic fishing for largemouth bass, striped bass, hybrid striped bass, spotted bass, white bass, trout, white crappie, black crappie, bream, channel catfish, blue catfish, and yellow bass. You want more? Lake Hamilton also ties directly in with the smaller 1,940 acre Lake Catherine. Catherine offers the same types of fishing as Hamilton, just in a smaller setting. And there’s still more. The spillway traces behind the dams that form the lakes are excellent spots for Rainbow trout. And if Mother Nature can’t keep up with the demand of lake anglers, she has a good helper. The Andrew Hulsey Fish Hatchery is located right on the shores of the lake, keeping both areas stocked with walleye, hybrids and stripers as well as other species when needed. Trout are also stocked in the winter months and although small, most of them are catchable size. The ones that make it to March and April are generally big trout and a few make it down into the lakes and can reach trophy size. 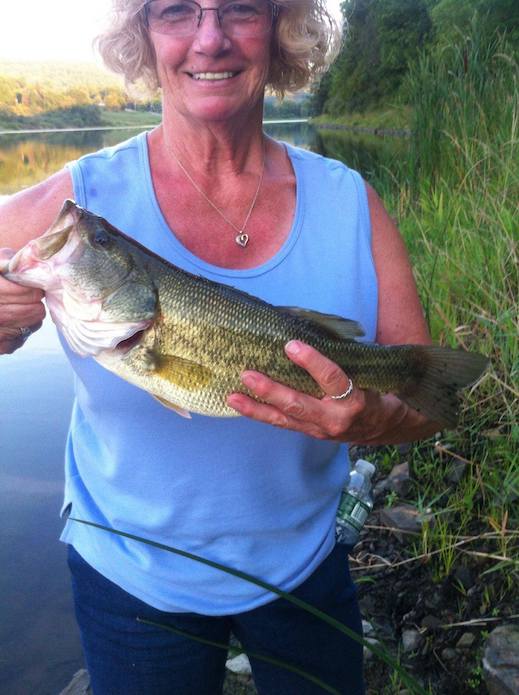 Fishing on Lake Hamilton is good all year long. If you want a quiet trip, you better go when the water is still too cold for recreational activities. By the time summer comes around, the lake is one of the busiest in the country with boaters, skiers, swimmers and tourists on the water and around the shore. Most fishermen confine their fishing to early mornings and late evenings during peak usage times. Striper fishermen also find fishing in the tailraces of the spillways to be prime territory for a limit of fish. The lake’s record is 61 pounds, 10 ounces. The best bite on Lake Hamilton is usually at first light. As the day passes the fish will school, but that can become erratic as boat traffic grows. Near the spillways, always be cautious of current and conditions. Bass fishermen seem to find better catches in the feeder creeks of the main lake. These include the Big Mazam, Little Mazam and Hot Springs creek. Anglers are attracted to the big s-curve in the channel on the Big Mazam. Fish are attracted there too because of the excellent structure. The area gradually slopes from shallow water to nearly 20 feet deep and the long shallow flats are loaded with cover. Most every cove and pocket have brush piles and tops in them which hold fish. If there isn’t too much activity going on, the many docks and piers are also bass holding magnets. The best lures for bass are spoons, grubs and topwater in the summer. Crank baits and worms work well in the brush and around piers. Offshore humps also produce with Carolina rigged plastic lures. Crappie tend to congregate in the shallow backs of coves and inlets in the spring and they spawn in the shallows. When the water warms, the fish migrate back to deeper water. On Lake Hamilton, the best and easiest crappie fishing is around the piers and boat docks. Many of these go out into deeper water and most have brush piles around them. Crappie can be caught on shiners, jigs or small spinners. One of the largest competitive crappie events ever held was hosted by Lake Hamilton. That was the first-ever Crappie Expo and fishing tournament on the lake in 2019. The lake also hosts numerous big bass tournaments, such as the FLW Forrest Wood Cup World Championship. Night fishing is good for bass, crappie and stripers. Because of the large amount of lake activity, always keep your running lights on and be aware of your surroundings. If you do night fish, the piers with big lights that are located on breaks between shallow and deep water seem to produce the best. It’s also a good time to get away from the crowds in the summer months. 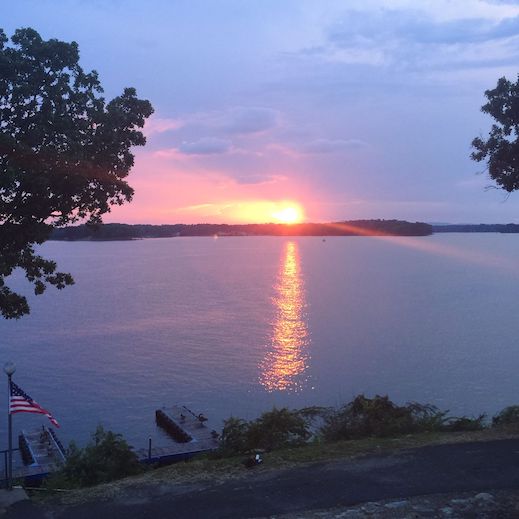 Lake Catherine is a long, winding small lake near Hot Springs. Lake Catherine State Park is located on the lake’s shore. The activities of Hot Springs are well documented. Lake Hamilton also has a 400-passenger riverboat called the Belle of Hot Springs that cruises the lake. On the shore, Garvan Woodland Gardens is a popular botanical park, accessible by boat or vehicle. No Lake Hamilton spotlight would be complete without more on Al Capone. His well-documented mob related activities during the prohibition era caused him to make frequent visits to the lake to strike deals with bootleggers from the surrounding mountain country, which was filled with hidden stills. Former President Bill Clinton is also known as one of Hot Springs most famous “native sons”. Lake Hamilton has four public access areas and several private marinas. There are also hotels and resorts which provide good access to all parts of the lake.