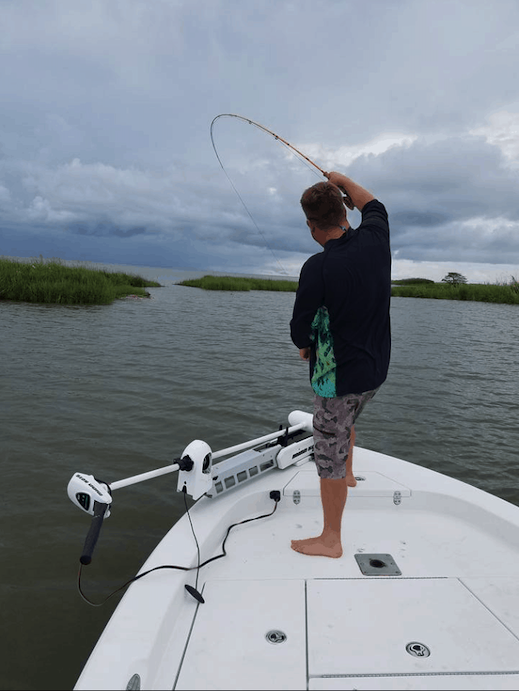 At Vermilion Bay down in south Louisiana, it’s about the culture, the fishing and the color. Vermilion Bay is a large bay located in the southeastern part of Vermilion Parish and is an outlet into the Gulf of Mexico. The bay itself is a fine fishery at times, as are the cuts, canals and lakes off of it. The Southwest Pass also opens the bay into the Gulf of Mexico and its fine fishing. There’s also the southern Louisiana culture. The Vermilion Tourist Commission says this spot is “the most Cajun Place on earth”. That means tourism is big business and the multi-cultural blend here is topped off with "joie de vivre" (a love of life) that can’t be beat. And, add a dash of color to that mix. While Vermilion may sound like the name of an ancient wandering explorer, this area is actually named from an old French word which generally means “dark yellow to red”, which describes the majority of sunsets over this beautiful marsh area. Nobody would have ever known it back in historical times, but the most famous red things that come from this area are Tabasco brand pepper sauce and huge redfish that roam the Bay and nearby areas of the Gulf. Avery Island is famous world-wide as the birthplace of Tabasco, a seasoning that is more important to many south Louisiana cooks than salt and pepper. The 2,200 acre island and its Jungle Gardens and Bird City wildlife refuge draw thousands of tourists each year. It’s a must-see for anyone visiting the area for fun, food, or fishing. This is oyster country, too. A tradition of dozens of oyster bars feed home folks and those passing through and the area has a huge commercial fishery for oysters. Abbeville is the closest town to the west and New Iberia is not far away to the east. The largest city in the region is Lafayette, about 50 miles due north on Interstate 10. 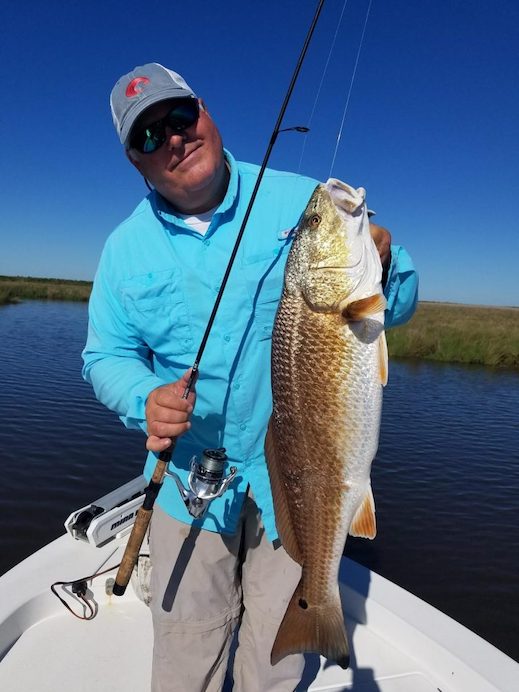 When you start talking about fishing around the Vermilion Bay, names that draw reverence from coastal fishermen include Cypremort Point, Marsh Island, Southwest Pass, and West Cote Blanche Bay. They are all well known as historic fishing grounds. The main catches are redfish, a powerful fighting fish, and speckled trout, a fish that is a delicacy on any chef’s kitchen counter. Keep in mind, though: Vermilion Bay isn’t always a great place to fish. Because of the muddy water that is often discharged out of the massive Atchafalaya River, the bay is often inundated with freshwater. A good rule of thumb for anglers to know things are right in the Bay is when the river level is below 10 feet at nearby Butte La Rose. When that happens, the salinity in the bay rises and the baitfish and gamefish follow. Because of that, you’ll often hear south Louisiana anglers say “it’s a 100-day fishery”. And for that reason, it isn’t as popular as some other areas along the state’s Gulf Coast. But when it’s right, it’s right. That prime period usually begins around June and ends as early as December. But it can often go much longer, again depending on the water coming down the Atchafalaya. And when it’s right, the big redfish, flounder, black drum, speckled trout and flounder offer some awesome fishing. There are also Jack Crevalle, ladyfish, and Spanish mackerel at times. You can catch them on artificials or live bait and the oyster beds are often the key to holding big numbers of fish. Seasoned boat captains can also put you on some monster redfish and mangrove snapper out on the rigs and reefs outside the Bay. If you are a small boat angler, there are also lots of opportunities to launch and fish in the Cypremort Point State Park area. One of the top spots there is “the Cove”, an area along the rock piles and camps on the point. The marsh areas around the State Wildlife Refuge (yes, that is its official name) has a maze of waterways that allow fishermen to get off the bay and into some fantastic giant reds and specks. The flounder fishing is also good here at times.

There is no big city life or busy recreational vacation to be had here, but there are dozens of reasons to fish Vermilion Bay and its surrounding waters. The food and culture are worth experiencing and the fishing is top notch when the time is right. You don’t want to try this alone. Make sure you book a day of fishing with a FishAnywhere charter to make the most of your trip. They can put you on the fish and know when the time is right to go. If the Bay itself isn’t hot, they’ll know where to take you in the marsh or out on one of the rigs. Pair your fishing party with the right captain and you’ll have a trip to remember for a lifetime.