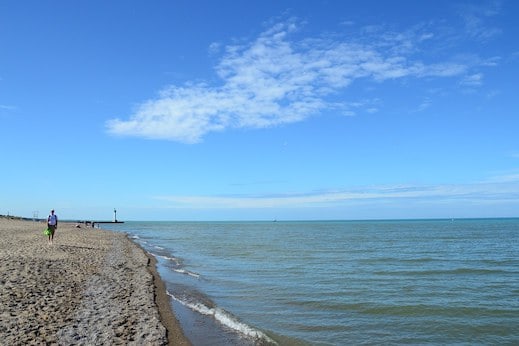 When you think about the Great Lakes, the word “big” has to enter your mind — big bodies of water and big fish. When it comes to Lake Huron, both apply accurately. In fact, it’s too big for one country. The border between the U.S. and Canada runs through most of the lake. Lake Huron is the second largest of the Great Lakes by surface area, covering 23,000 square miles. It’s waters are full of almost any kind of freshwater fish an angler could want to pursue. One of the favorite species is walleye, because of the abundance of the fish and the fight they put up, but also because of the outstanding taste. Although it isn’t the largest of the chain, Huron does have the longest shoreline of the group, some 3,827 miles. There are also 30,000 islands in Huron. It’s size makes it almost the same size as the entire state of West Virginia. In fact, there is one large bay, Georgian Bay, on the lake that could stand alone as one of the 20 largest lakes in the world. 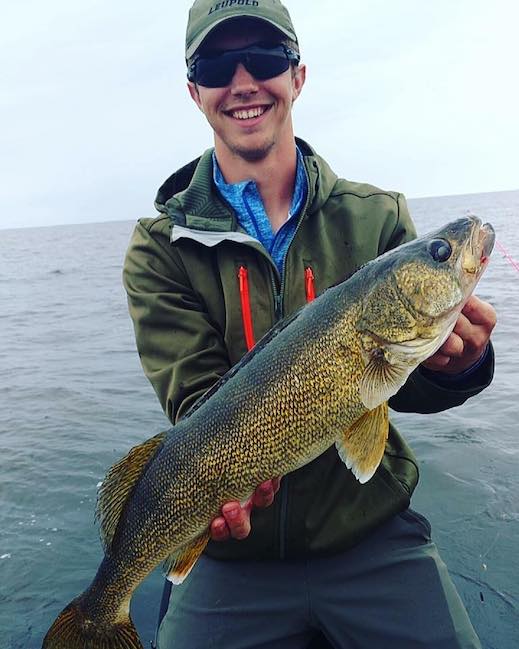 Local anglers usually know when and where to catch their favorite species of fish, but many of them prefer to hire local guides to make sure they get the most out of their time on the water. Thousands of visitors each year rely on guided trips to bring home great catches of fish and memories to last a lifetime. If you are planning a trip here, check with a local Lake Huron guide and see what the best opportunities are when you will be visiting. There are dozens of good guides out of the Detroit Area, Bay City, St. Clair Shores, plus many more areas of the lake. Some fish, like walleye and yellow perch, bite pretty much all year around. In the early months of the year, lake trout, whitefish, northern pike, walleye and perch are popular. In the late spring to early summer, the steelhead, brown trout, smallmouth bass and chinook are good bites. And in the summer, you can add northern pike, coho, and panfish to the list. In the fall and early winter, there are catfish, largemouth bass, smallmouth bass and pretty much any species that you want to target. The sheer size of the lake limits anglers to usually picking one area to fish. One of the most popular regions of the lake is near the bay town of Linwood, Michigan. Linwood is a popular spot for all kinds of activities and a prime spot for walleye. You can catch fish in a boat here, or take advantage of numerous chances to fish from the shore, especially near the beach marina. The biggest numbers of fish are caught by trolling with small spoons. Saginaw Bay walleye can be caught anytime, but the summer months find them at their most aggressive behavior. That is when crankbaits can also work and the fish often stay closer to the surface. Rocky points, places where weed beds meet the rocks or sandy points all produce fish, especially early and late in the day. When the fish aren’t shallow, the best bet is to return to trolling. In the winter months, this is also a popular spot to ice fish near the shoreline. There is one area that has a great reputation for huge walleye and that is Tawas Bay. It is on the northern end of the lake. Some of the other popular areas are the Port Austin and Grindstone City areas of the lake. Whitefish are a favorite here. Rogers City fishermen often focus on the salmon. In fact, there are numerous salmon tournaments here. This is another great vacation spot with all kinds of historical significance for fishing. Detour, Michigan is small, but the area in the St. Mary’s River is a great fishing spot. Ongoing stocking of Atlantic Salmon brings many fishermen to this spot. And no report on this lake would be complete without mentioning “Mishebeshu”, a legendary water monster that is said to patrol these waters, especially near the Serpent River. 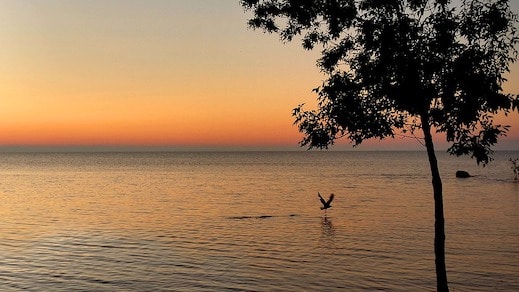 Detroit is less than an hours drive south of Lake Huron. The city of Sarnia is located on I-69 at the southernmost tip of the lake. Other communities on the U.S. side of the lake include Lexington, Port Sanilac, White Rock, Harbor Beach, Port Hope and Bay City to the south. To the north, Ponchartrain Shores, Mackinaw City, Cheboygan, Rogers City and Harbor View are all on the lake’s Western shore. There are a variety of accommodations and restaurants, plus plenty of things to do all along the lake’s shore. The summer weather makes that one of the most popular times to visit the lake. Great fishing is also available on the Canadian side of the lake, but if you cross over into Canadian waters or plan a trip there, make sure you cover all your bases on licenses and permits to visit the area.