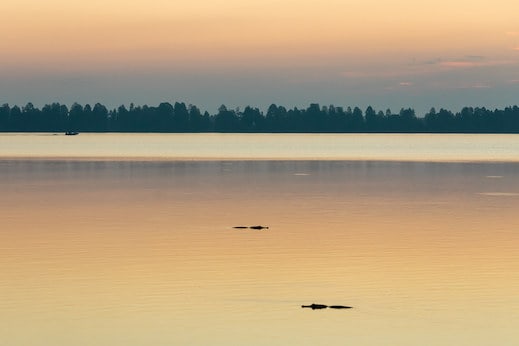 What could be more natural in Florida than an alligator, or a whole chain of them for that matter? How about a chain of small lakes that are not as well known as some of the Sunshine State’s large bass fishing holes, but are just as productive nonetheless. That’s what the Alligator Chain of Lakes is — a productive chain of small lakes that doesn’t get much publicity, but provides some awesome largemouth bass fishing. They aren’t big. Access isn’t easy. And there isn’t much development on them, but these lakes begin about five miles east of St. Cloud on either side of Fla. Hwy 192/441 to Melbourne. Some locals include more lakes in the “chain”, but for the most part, everyone agrees that the main chain lakes are Center, Coon, Trout, Lizzie, Alligator, Brick and Gentry. Of the three, Alligator, Brick and Gentry are the largest and form an aquatic triangle of sorts just off the Florida Turnpike in Osceola County. The lakes are slammed with Florida type structure and while much of the water is shallow, there are also deep spots, too, so the variety gives anglers a chance to do several types of fishing. 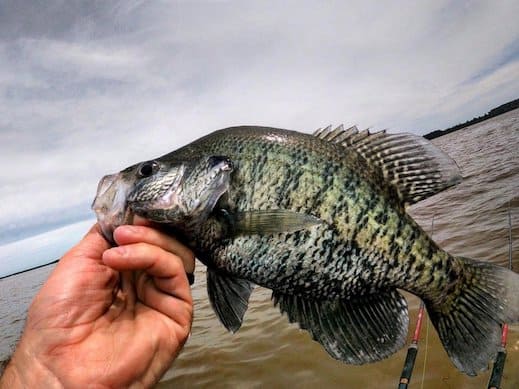 Fishing the Alligator Chain of Lakes

Crappie fishing is also good here, but the fish don’t run large. Trolling shiners is the best method to catch them. Bream fishing is also good for bluegill and redear in all the lakes. The lakes are connected by a maze of canals and some of them are open from one lake to the next. The big Alligator to Lake Gentry canal has a spillway which cuts off navigation, but most of the others are available to boaters unless there is a period of low water. The smaller lakes in the chain are great for kayak or canoe fishing. Bass baits and techniques that are typical to Florida largemouth angling all work here. The soft plastic lures like creature baits, Senkos, trick worms, Texas-rigged worms and swim jigs and baits all work well. Floating worms are also a good producer as well as topwaters. These waters are mostly clear and dark colors are the favorites among anglers who visit here often. The structure includes brush and small trees and grass beds around the lakes and fish are usually up in this cover for most of the day. Live shad also catch fish here, as do spinnerbaits. 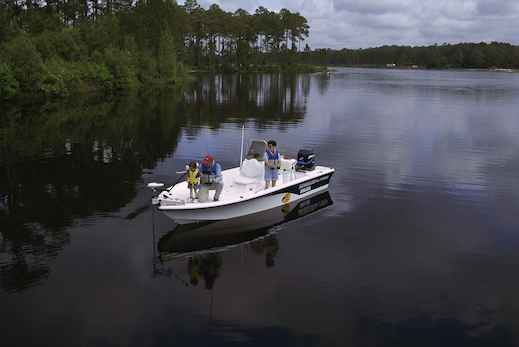 The Lakes of Alligator Chain of Lakes

Here’s a quick glance at the lakes, starting with the namesake of the chain. Alligator Lake is 3,408 acres and is known for the most consistent fishing with a variety of structures. There are homes on the north and west banks of the lake which provide some structure along the shore, but the most active fishing is around the grass beds and reed lines. The best reed lines are usually on the southern end of the lake. There are several deep holes in the lake reaching 25 feet in depth, while the average depth is 7-8 feet deep. The good news is much of that has grass on the bottom which holds a lot of fish even though it isn’t visible to anglers without electronics. Crank bait fishing for bass is good over these weed beds, which is unusual for many Florida lakes with vegetation that comes all the way to the surface. There is a lodge and marina on the lake. The largest bass ever taken on the lake is a 14 pounder. Brick Lake anglers have a distinct advantage over some state fishermen. This lake receives very little fishing pressure, but gives up good catches of fish. Unlike many lakes that only have weeds and reeds, Brick Lake is almost completely surrounded by cypress trees, brush and old logs laying in the water. That makes it prime for spinnerbait and topwater fishermen, as well as those using plastics. The lake only covers 600 acres, but the fish have the bank structure and mid-lake weedbeds to relate to. Generally the bigger fish stay near the trees when it’s cool, find weedbeds when it is warm and tend the suspend over the deeper areas of the lake when it’s cold, especially around the southwest area of the lake. The last lake in the chain is Lake Gentry. You can’t reach it from any other lakes, so anglers fishing this lake have to launch here. It’s an 1,800 acre lake that has shallow water and deep water. Some of the best fishing except in the spring of the year is on the steep slopes between shallow and deep. Although conditions vary from year to year, Gentry does not have as much vegetation as some of the lakes. It does have some humps that often hold fish with or without grass. Lake Lizzie (815 acres), Center Lake (104 acres), Coon Lake (150 acres) and Trout Lake (148 acres) are all just smaller versions of the other larger lakes. If fishing one of these, it would be worth your trouble to get some fishing reports from local tackle stores. Plenty of restaurants and accommodations for overnight trips are available within easy driving distance of the chain.