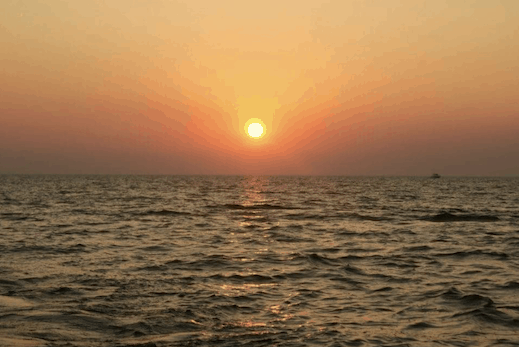 For anglers interested in a relaxing family vacation with some fishing time thrown in, Manasota Key is a destination location. If you are just interested in a fishing getaway, Manasota Key also delivers everything you want in one location. Despite the name, Manasota Key is not part of the Florida Keys. It is part of a barrier island string on the west coast of the Sunshine State on the Gulf of Mexico. Between Manasota Key and the mainland are several more islands, only two of which have a bridge to access either Manasota Key, the mainland or both. These isolated islands are largely owned by the state and managed as parks for the public. The beaches are plentiful and the whole area is a lot quieter and laid back than the hustle and bustle of nearby Sarasota and Venice. Hotel rooms range from around $85 a night, reasonable anywhere, to as much as you'd like to pay for beachfront suites. Visit Sarasota has 10 things to do in Manasota Key, one of which is fishing. USA Today has a longer list of things to do and only mentions fishing as part of a list of things to do Before you head out, check the state saltwater regulations because Florida has closed seasons for some fish that are region-specific and time-specific. 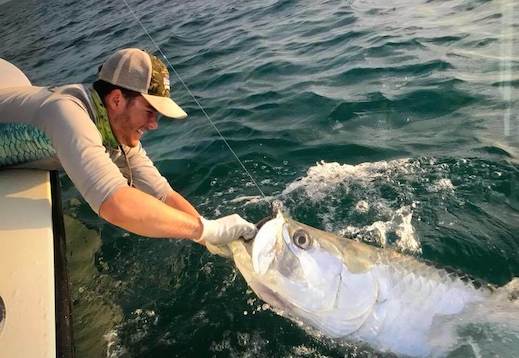 One of the hints about the quality of fishing in this part of Florida is the name of one of the bays, Redfish Cove. Inshore fishing here is, simply, superb. Reds, trout, mackerel, snook, flounder, and tarpon abound. Chasing the Silver Kings is best from March-June. “Tarpon Fish” mostly covers Tampa Bay but the information is just a valid for Manasota Key to the south. They say, "An average day is 7 to 12 hooked with 2 to 3 landed, sometimes more. Tarpon fishing is also very good for the resident fish up in the bay and offers a lot of opportunities in many directions. Migrating Tarpon average 70 to 140 pounds. Trophies start at 150 pounds and go right up to 200 Plus." A bonus is the lighter fishing pressure compared to Tampa Bay. Tarpon, especially the big ones, need to eat a lot. This makes them a great target for anglers. Live big pinfish, whole blue crabs or any hand-size fish makes excellent bait. Swimbaits and large crankbaits are also effective. Other fish like reds, trout and snook do not migrate and are caught year-round. The same techniques work on all three; you just need to change your locations a bit. Reds are caught in the estuary creeks and oyster bars where they feed. Trout are common in the bays over the grass beds. Snook like canals and structure; bass fishing lures work extremely well on snook. All three fish can't resist a live shrimp, cut bait or a live menhaden under a popping cork. Other popping corks have a cupped top and "pop" on the surface when jerked. Both sounds are dinner bell for trout, snook and reds. Shrimp imitating lures are excellent as well. These can be fished under a popping cork or free-lined. 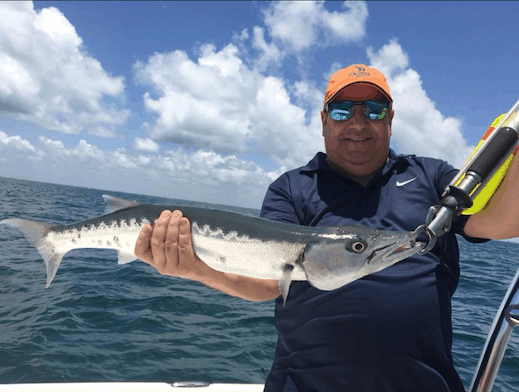 Offshore species are in two general groups: reef and open-water fish. Catching these fish requires different tactics, although some techniques work on both. Reef fish are grouper, hogfish, amberjack and snappers. These fish find structure and hang out there because it provides cover for the smaller fish they prey on. If you are after reef fish, drop live and cut bait right over the side and hang on. You can likely catch your bait over the same reef with a bait chaser rig or on your way out to the reef. In really deep water, you can also try jigging big spoons, an effective technique for amberjack. King mackerel, mahi mahi, tuna, wahoo, sailfish and marlin are cruisers. They chase baitfish through the blue waters, never staying in one small area very long. Manasota Key fishing charter guides know the general area where these fish hang out. Your best way to connect is trolling dusters tipped with cigar minnows or ballyhoo. Trolling deep with a downrigger is a good way to catch fish from both groups. 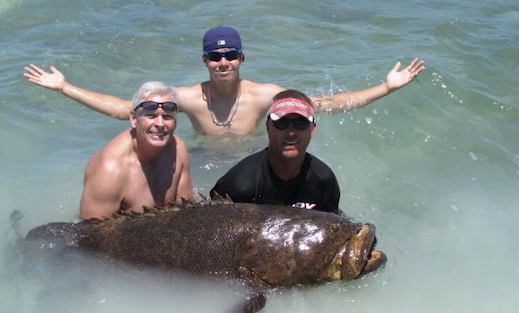 Goliath grouper and some snappers are found inshore and offshore. The snappers like grubs and jigs cast around structure. The giant groupers take equally giant bait, fish big enough to take home for supper. Goliath is a catch-and-release only fishery everywhere in Florida.

Florida is a fishing paradise with freshwater and saltwater opportunities often within minutes of each other. Manasota Key is one of the places that are not shoulder-deep with other fishermen. During the week, you can expect to have the best fishing spots all to yourself. Book a Manasota Key fishing charter for an experience you won't forget.