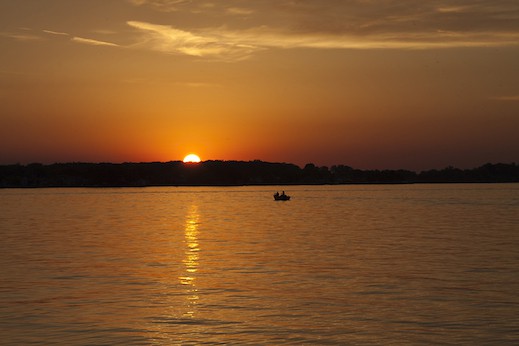 Lake St. Clair is part of the Great Lakes System, connecting Lake Huron with Lake Erie. It covers 275,000 acres and lies in the southeast corner of Michigan, about six miles northeast of downtown Detroit, and south of Windsor, Ontario — half in Canada and half in Michigan. It is the largest delta in the Great Lakes System and even though it is huge — 22 miles from north to south and 21 miles from east to west — it is relatively shallow. The lake is about 11 feet deep on average with a 17-foot navigation channel cut through the middle to allow freighter passage. To say it is unique is an understatement. In fact, it is often referred to as the “sixth Great Lake”. The size of the lake isn’t the only thing great. You would need a thesaurus to keep up with all the names that fishermen in this area use to label St. Clair’s smallmouth fishing. Spectacular. Awesome. Unbelievable. These are a few. 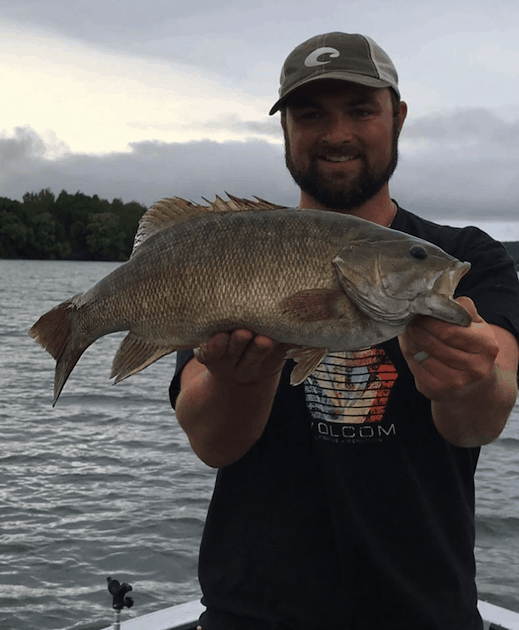 Anglers try two very different approaches for smallmouths. Some will identify productive areas and let the wind drift them across the fish. Once you are past the good fishing area, crank up and go upstream then repeat the process. Others like to mark good spots all over the lake and run and gun from spot to spot. It’s safe to say that not many huge lakes like this have an almost total lack of noticeable structure. That is why hiring a guide on this lake is so popular with fishermen. They stay on the fish and the average fish are two to three pounds. Those in the 5-6 pound range are also fairly common in the spring. Smallmouth fishermen are quick to realize the quality of these fish on St. Clair is above the norm. Fish are in shallower areas in early spring and are usually aggressive, hitting rattling crank baits and jerk baits. Plastics come into play once the fish start hitting the spawn and shallow mossy areas as shallow as 3-4 feet are top targets. When the spawn is over, fish usually head out to deeper water. That’s a great time to fish because they start feeding again to build up their energy after the spawn. Fish usually hang in about 10 feet of water then. Drop shots and tubes, maybe the most popular lure on the lake for bass, work best in the summer. Grass beds and subtle breaks on the bottom provide good fishing. For walleye, the action in the Detroit River area is hard to beat, especially early in the year. Fishermen use jigging, trolling the shipping channel with minnow-type lures and crank baits to lure walleye to the cooler. By mid- summer, the fish will start spreading out into the lake and suspend just above the weed beds. This is one of the top times to catch walleye in areas like Anchor Bay and the 400 Club Tower area. You can cast or troll shad lures and wally divers to catch them. Then, as the summer warms up, night fishing becomes popular around the channel. One regular approach to fishing here gives anglers the best of both worlds. Many charter boats and recreational fishermen spend the mornings fishing for walleye and when they get their limit, they’ll switch over and chase smallmouths for the rest of the trip. It isn’t unusual for everyone in the boat to get a limit of both. Lake St. Clair is a Muskie angler’s dream come true. If you want a trophy, Fall is your time. Trolling is a top technique with big baits at a fast clip. You’ll need stout equipment to land one of these monsters. Some of the best areas are the Belle river hump, Stony Point, Thames River and the mouth of the south channel are the best spots. One reason this lake is so productive is water passes through the lake quickly, actually “flushing” itself every few weeks. This keeps plenty of nutrients for the smaller fish in the food chain, which also keeps the bigger fish in the food chain thriving year after year. The flow of water also keeps the lake relatively cool. 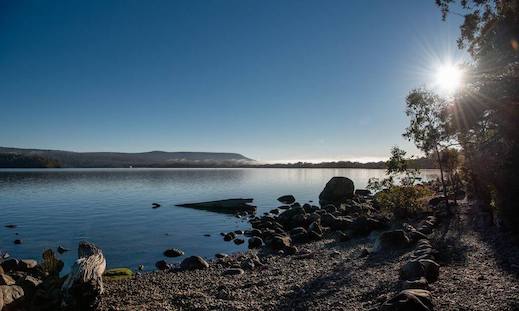 The most popular launch ramps on Lake St. Clair includes the northern Fair Haven DNR Ramp, centrally located Selfridge DNR Ramp, Harley Ensign DNR Ramp at the end of the Clinton River, and the Algonac DNR Ramp on the North Channel. There are several lodges and campgrounds around Lake St. Clair and unlimited lodging and restaurants in the immediate area around the lake due to its proximity to Detroit and Lakes Huron and Erie.