A Beginner's Guide to Shark Fishing 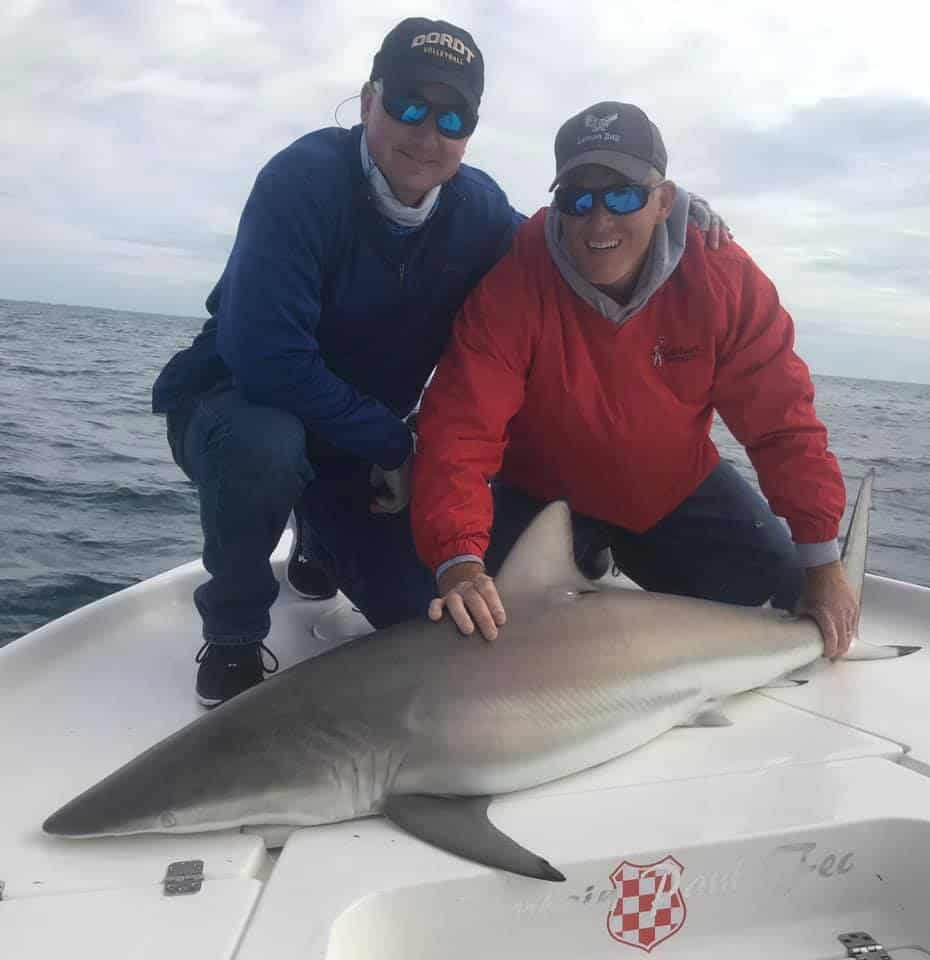 “We’re gonna need a bigger boat,” a favorite line from one of our favorite movies. When it comes to talking about shark fishing, it’s hard not to mention Steven Spielberg’s hit, Jaws. But did you know that you don’t even need a boat to fish for sharks?! There are several species that come close to the shore and surf fishing is an option. Of course, for big monster sharks you need to head out farther. We’ll look at where to fish for sharks, as well as how to get them on the hook in this Beginner’s Guide to Shark Fishing. Or you can hire a professional charter captain who has ample experience fighting these sharp-toothed trophies, they’ll be happy to show you the ropes.

Where to Fish for Sharks

Believe it or not, sharks are found throughout the ocean, from shallow water flats to the deep blue sea. Sharks actually come really close to the shore, so fishing from the surf is very much an option. This technique doesn’t use a boat, just grab your pole and gear and head to the water’s edge. Cast your bait deep into the surf (about 250 yards out) and get ready for a fight! If you’re , keep in mind there are new regulations as of 2019. Blacktip and bull sharks are known for swimming in the shallow waters . To the north of this chain of islands is an area known as the backcountry. There are many inlets and channels that act as a nursery for adolescent gamefish such as grouper, barracuda, jack crevalle, and tarpon, making easy prey for mature shark species. Shallow water shark fishing is different from surf fishing in that you can chum the waters much more efficiently with bloody bait such as mullet. Though Blacktip sharks are one of the smaller shark species (rarely growing larger than 6ft), they are notorious for their rod bending strength if caught on light or medium tackle, making hard runs and occasionally breaching the water’s surface. Make sure your set up includes at least 3-4ft of wire leader, their teeth will shred traditional braided or monofilament fishing line. To catch the true monsters of the deep, sharks ranging from 8ft to 13ft+ in length, you need to head offshore. There are a variety of species found in deeper waters, including mako, thresher, hammerhead, tiger, lemon, and many, many more. The shark species anglers target have a hypersensitive sense of smell, being able to smell a single drop of blood from a mile away. The popular fishing adage “If you chum, they will come” couldn’t be more true to draw these apex predators to your boat. Bonito are popular bait to use for chum, they are very bloody game fish that can easily be caught while trolling to your shark fishing grounds. From Florida to Maine, fishing the Atlantic Ocean for sharks is quite the adventure. If you happen to be near South Florida, book a charter with , a premiere shark hunter docked in the heart of Miami! He consistently catches 10ft+ hammerheads, tiger sharks, thresher sharks, and more. Pacific Coast shark fishing is also available, though not as popular as it is on the East Coast. The number of sharks in the Atlantic simply outnumber their West Coast cousins. The shark capital of the world just happens to be located in Florida; to be exact. This is the place to start if your group is looking for their best chances to land this incredible creature.

How to Fish for Sharks

We’ve mentioned chumming a few times already, this is a technique used to attract nearby sharks to your waters. Simply stated, chumming is when anglers dump chopped-up fish pieces, fish blood, and/or fish oil into the water. Any shark within a mile won’t be able to resist the chance of an easy meal, driven by their curiosity and gluttonous appetite. Add cut, dead, or live bait to your line and cast into the chummed waters. It won’t take long for your rod to double over... If you’re fishing from the shore, chumming is not an option due to the current and beach goers. This makes your bait selection all the more important. Sizable baitfish is the key, and the fresher, the better! Whiting, bluefish, and mullet are usual go-to baits when fishing from the shore. Though some species of sharks are able to be taken for table fare, we strongly encourage you to practice catch and release. Once your shark is successfully landed, take a quick picture, cautiously dehook your catch, and release the shark back into the open waters as quickly as possible to ensure its best chances of survival. When shark fishing offshore, it’s usually up to the captain whether you release or harvest your shark. Species such as Sandbar shark are protected, and are quickly released after being mistakenly caught. Your captain will gauge the health of other landed shark species, such as hammerhead and mako shark, to determine if it will be harvested or safely released. Depending on the duration of the fight and depth it was hooked up at, the shark you caught may be near death from exhaustion by the time you pull it to the stern of the boat.

If the shark is released while on death’s doorstep, other shark species will make short work of their defenseless prey… Your Next Shark Fishing Trip

Some general tips for any shark angler: always take someone with you when you’re fishing for sharks. They are extremely dangerous animals and you’ll want someone with you to help in case there are any complications. Also keep in mind that fishing for sharks is best during dawn or dusk, especially if you’re fishing those inshore or nearshore waters. And, when possible, practice catch-and-release to help sustain the population. Shark fishing truly is the adventure of a lifetime. Sharks are exceptional fighters, and landing one can create legendary status. Whether you’re fishing from the shore or out in the deep, catching sharks is like nothing you’ve ever experienced. And you just might need that bigger boat to land this monster!

Back to Blogs
Leave a Message