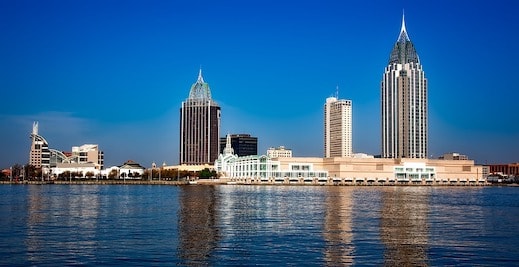 Alabama may have a smaller coastline compared to the other Gulf states, but they certainly make up for it in quality. The biggest port on the Alabama coast is Mobile, a populous city that sits at the intersection of Mobile Bay and the Mobile River. To say that the fishing in and around Mobile is some of the best in the state is an understatement - the fishing here is fantastic. It’s also a great place for families to visit. Mobile (pronounced “mo-BEEL”) is a collection of great shops, restaurants, and history all wrapped in southern charm. Did you know that Mardi Gras originated here? Like New Orleans, parts of Mobile were influenced by the French explorers that came along in the 17th century. And Fat Tuesday was first celebrated here before it reached Louisiana. It’s still a great party if you’re in the area in February. If you’re a Forrest Gump fan, drive a few miles to visit the hometown of “Bubba” in Bayou La Batre. It’s a real place just 30 miles southwest of Mobile. Here you can see shrimping boats that inspired parts of the movie. Other top destinations to visit on your Mobile vacation include Fort Conde, Battleship USS Alabama, and more! 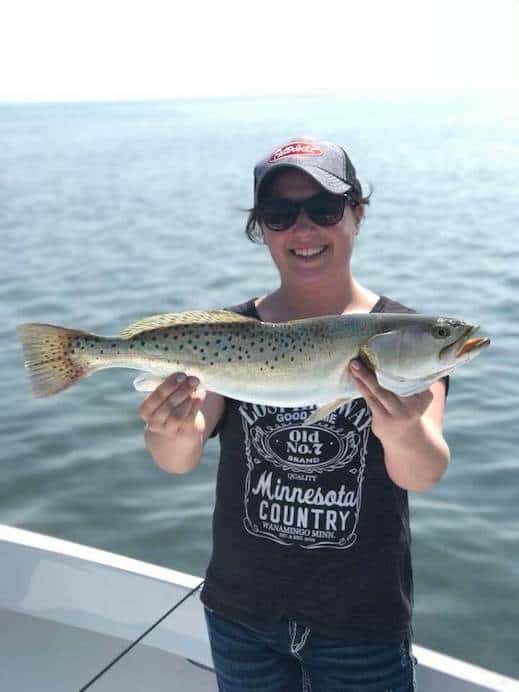 Remember that intersection of Mobile Bay and Mobile River we mentioned earlier? The fishing opportunities within minutes of Mobile are found north of the city (towards the river) and south (towards the bay). The Mobile Delta, where the two meet, is an incredible fishing ground, full of both freshwater and saltwater species throughout the brackish waters. Here you will find over 20,000 acres of swamp, marshes, and riverbeds. In the delta, anglers will fish with minnows or jigs and get an abundance of crappie and bream. Largemouth bass can be found as you head into the many rivers that feed into the delta. Tensaw River, Grand Bay, Spanish River, and Mobile River are great places to start if you’re looking for a bucketmouth. As you travel south to Mobile Bay you discover even more great fishing as species from the Gulf of Mexico will make their way into the bay. Speckled trout, redfish, flounder, and tripletail are just a few species in the area. Speckled trout is the most sought-after species in the bay; they are good eating and a great catch. Identified by the black dots along their backs, speckled trout is also known as spotted sea trout. They are found along the bottom of the bay as they search for food. Present a large shrimp, dragging the bait along the seafloor, and you’re sure to get their attention. Anglers will also target redfish, a contender for favorite species in Mobile Bay. Redfish, also known as red drum, are bronze or tan color with a distinct dot (or dots) near the tail. Like the trout, redfish feed on crustaceans such as shrimp and crab. During the winter months you will find reds in shallow waters. “Tailing” is when you can actually see the backs and tails of redfish breaching the water’s surface as they search for food. This makes sight fishing for them much easier. You can fish for both trout and redfish throughout the cooler months of the year. Once summer (and the hot weather) rolls around, these fish are difficult to find. 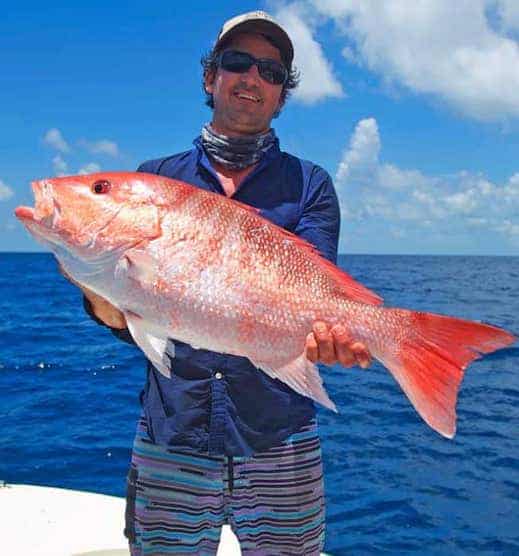 The city of Mobile not only offers river and bay fishing, you can also experience the bountiful Gulf of Mexico. If you’re looking for offshore or pelagic charters, then this is the place to be! During the summer months, Mobile charters are hooking people on snapper day after day. Red snapper, in particular, is the desired fish of many anglers when the season is open. Red snappers are bottom dwelling fish, often found near reefs and wrecks. Grouper are also typically found in the same habitat and can be caught with the same bait offerings. If you do happen to catch a snapper or grouper out of season, you’ll want to release it after a quick picture of your trophy. Mobile charters will also guide customers to kingfish (king mackerel), cobia, tuna, mahi mahi, marlin, and more. Kingfish are known as fast fish that make a day of offshore fishing memorable. Captains will troll shiny bait such as anchovies or bonito to get their attention. Once on the hook, kingfish will make hard runs and jump to get off the line. It’s recommended to have a gaff on board while targeting this aggressive species. Their jagged teeth and thrashing movements make it unsafe to pull the fish out of the water by hand. But once the first mate has cleaned and filleted the catch you know you’re going to have a delicious meal.

Anyone visiting Mobile is going to have a great day of fishing, no question about it. The opportunities are just too good to pass down. Whether you’re fishing for bass and crappie in the nearby rivers, redfish and trout in the bay, or snapper and kingfish in the gulf, your day of fishing will certainly be memorable. Book a local Mobile charter today and get your rod bending soon - don’t miss out!