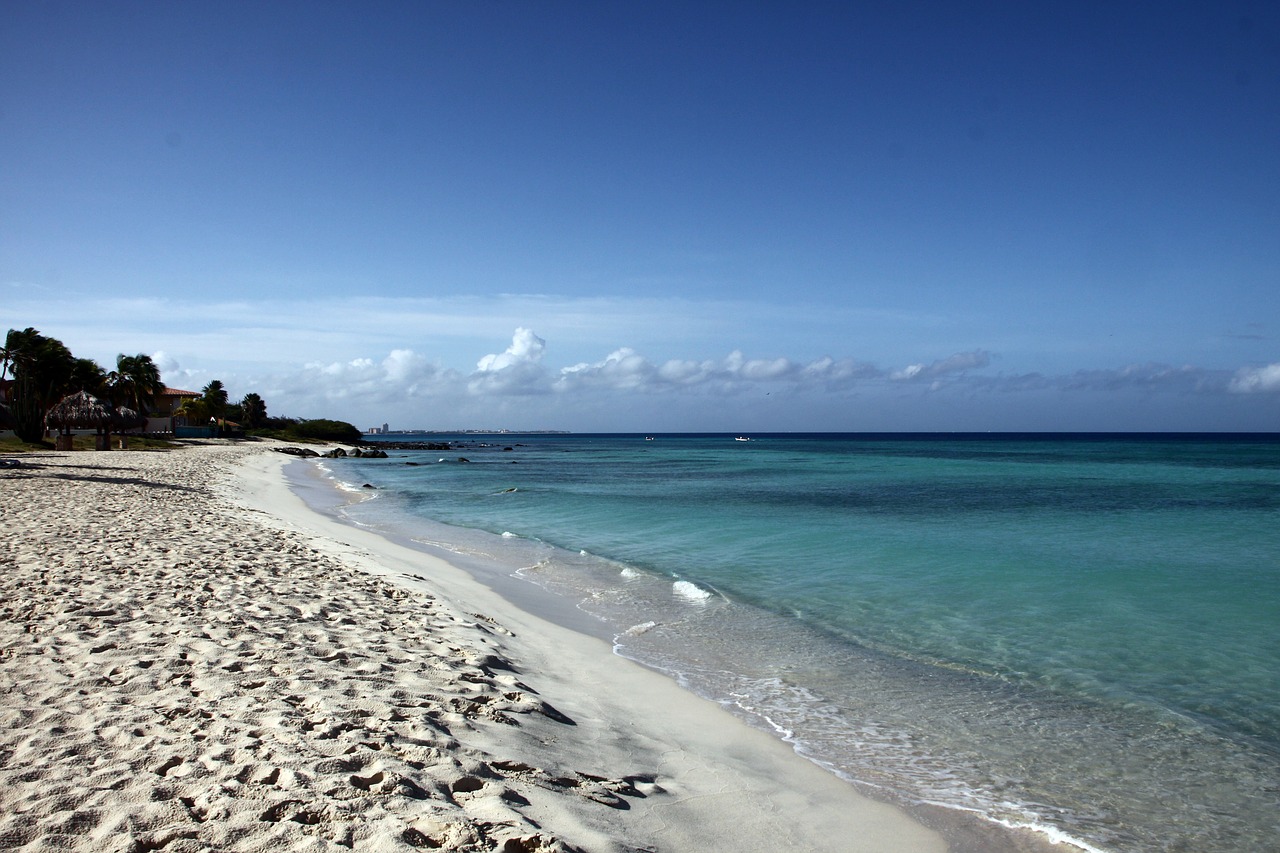 When it comes to dream locations, even the Beach Boys named Aruba first. Remember the old song, “Kokomo”…Aruba, Jamaica, oh I want to take ya; Bermuda, Bahama, come on pretty mama… That's where you want to go to get away from it all. Bodies in the sand, tropical drinks melting in your hand. We’ll be falling in love to the rhythm of a steel drum band. Aruba is such a place. It’s a Caribbean island that is part of the Kingdom of the Netherlands, sitting just north of the Venezuelan peninsula of Paraguana and northwest of Curacao. Aruba is known for exactly what the Beach Boys sang about, and more. Include great fishing opportunities on that list. It isn’t fancy, but it’s fun and the ultimate location for a relaxing vacation or lifestyle. The Island is about 20 miles long and forms what is called the ABC islands — Aruba, Bonaire and Curacao. One of the main draws to this island is the climate. While many Caribbean region islands have varied climates, Aruba is known as a dry, arid, almost desert-like landscape. That doesn’t sound pretty, but the dependable weather — warm, sunny skies that last almost year round — draw visitors by the droves. You won’t find major cities here, but it is densely populated and is divided into six districts. Knowing them will help you navigate your trip here much more smoothly. They are Noord, Oranjestad, Paradera, San Nicolaas, Santa Cruz, and Savaneta. You’ll be able to find your way around and communicate by speaking English, but official languages are Dutch and Papiamento. Papiamento is a creole language but English is also spoken, because of the tourist industry. Here you will find all kinds of accommodations. There are several all-inclusive resorts and the Queen Beatrix International Airport (AUA) is located just a short drive from Oranjestad, the island’s capital.

And about that fishing. There are many options for charter boat fishing in Aruba. From short offshore excursions in smaller boats for a couple of people to a day-long deep sea fishing expedition. If you are wanting a catch of a lifetime, head out to the deeper water and chase giant game fish like marlin and sailfish. There are also blackfin and yellowfin tuna. It’s an island, so you can catch fish all around it. It’s common knowledge that if you fish with a good guide around the island, you will catch fish. Commonly caught fish include kingfish, sharks, tuna, sailfish, blue and white marlin (which is strictly a catch-and-release fish), amberjack, mahi-mahi, wahoo and barracuda. While some tropical islands offer shore fishing for fly fishermen, the heavy winds and shifting tides make it difficult here. There is some good fly fishing between the mangrove trees at the popular Spanish lagoon and on nearby flats if that’s your wish. You can catch bonefish, small tarpon, snook, and permits here. It’s also a great place to head far offshore and go for the grand slam: blue marlin, white marlin, and sailfish. It might take more than one trip, but if that’s your goal, this is a good place to do it. While fishing in Aruba doesn’t make national headlines often, there’s one event that wouldn’t be there if the fishing wasn’t top notch. The Presidential Aruba Caribbean Cup, a high profile international fishing event, is held here annually. Winter isn’t off-limits here, either. It’s prime time to catch wahoo in big numbers and good sizes. Although you won’t catch a world record, the 20 pounders here are amazing fighters and provide lots of fun. In between fishing trips, you’ll enjoy popular beaches such as Surfside, Arashi, Baby’s, Palm, Mangel Halto, the adults-only Flamingo, Eagle, and Malmok, a rugged coastline beach, to name a few. They are all special in their own way. The Arikok National Park also has beaches that bump up to rugged desserts with towering cliffs and cacti. Inside the park you’ll also find the Fontein Caves and the Natural Pool – two unspoiled and unforgettable wonders. There are also numerous types of tours that can show you the whole island to make sure you don’t miss a thing.

If you are a music fan, you probably can’t get that tune out of your head now. But that’s okay. Once you’ve looked into making a fishing trip to Aruba, you won’t be able to get it out of your head either. The best way to remedy that is to book a charter with FishAnywhere. We can pair you with the perfect charter to make your family vacation one you’ll always remember. And while you will remember the beaches, the tropical drinks, and the steel drum bands, you’ll also have fishing memories to last a lifetime.