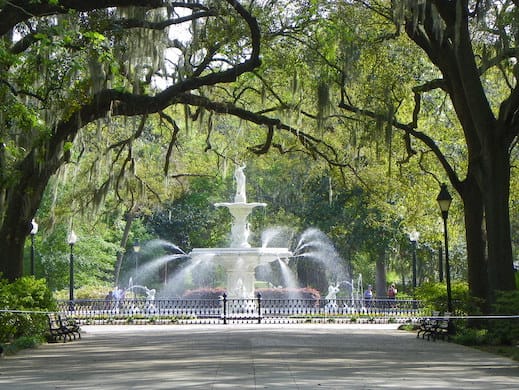 On the coast of Georgia is one of the quaintest cities around; a quintessential southern city called Savannah. Here you’ll find old oak trees and Spanish moss, brick roads, manicured parks, and some of the nicest people around. Ever heard of “southern charm”? It was practically originated in Savannah, Georgia. If you love shopping, art, and trendy boutiques, the city is the place for you. One of a kind restaurants offer arguably the best fried chicken and shrimp plates in the state. If you love the outdoors, there are opportunities just around the corner. The Savannah River runs along the city lines, and it’s just a short ride to the Atlantic Ocean. No matter where you find yourself, your visit to Savannah will not disappoint. 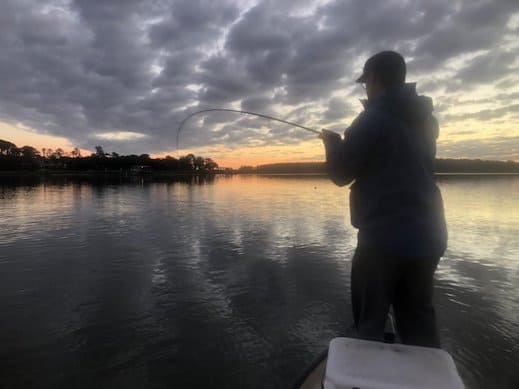 Surrounding the city of Savannah are freshwater rivers with ample fishing opportunities. To the north of the city is Savannah River, which actually forms the border between Georgia and South Carolina. This river starts in northern Georgia near the foothills of the Appalachian Mountains and ends just past Savannah in the Atlantic Ocean. The water at the mouth of the river is a mixture of freshwater and saltwater, called brackish. But if you fish further north, the salinity is less, and you see classic freshwater fish such as largemouth bass and catfish. On the opposite side of Savannah is Little Ogeechee River. This is another place with brackish waters, and a known hot-spot for speckled trout. Typically, this is the place anglers in the area will cast their lines, either fishing from the banks or heading out in shallow bay boats. Bring your light tackle gear and enjoy the calm water fishing. Depending on where you end up casting your line, the freshwater fish you can find at the end of your line include ol’ bucketmouth (largemouth bass), white bass, striped bass, black crappie (pronounced “crop-ee”), channel catfish, white catfish, rainbow trout, and a variety of sunfish. Anglers have also seen longnose gar in the area, a needle-nosed fish that almost looks prehistoric. Fish in the “golden hours” of the day, either dawn or dusk, for best results. 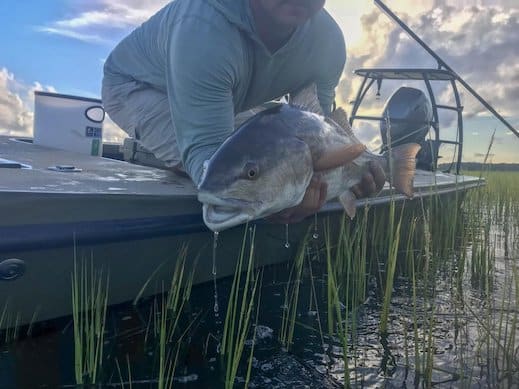 Remember those brackish waters we mentioned? That’s the best place to start your Savannah inshore fishing trip. And the fishing only gets better as you head towards the coastline. The marshlands in the deltas created as the ocean meet coastline rivers provide some of the best fishing in the country. Having a local Savannah guide lead your excursion will increase your success rates. They know how to follow the tide, whether to be closer to the shore or farther out, and how to reel in your desired fish. Inshore species in the Savannah area include redfish, speckled trout, flounder, sheepshead, tarpon, and more. The redfish, in particular, is the number one desired fish in the area. They are fun to catch, especially if you get a bull red on the line. “Bull red” is just the nickname for those female fish over 27”. In Georgia there is a five fish limit within the 14-23” slot limit. Many Georgia anglers will fly fish on their inshore excursion. Anglers new to fly fishing will want to be prepared to practice casting on dry land, whipping the line back and forth before you get near the water. Although the technique can be difficult to master, once you have your first fish hooked on fly, you’ll be hooked as well! 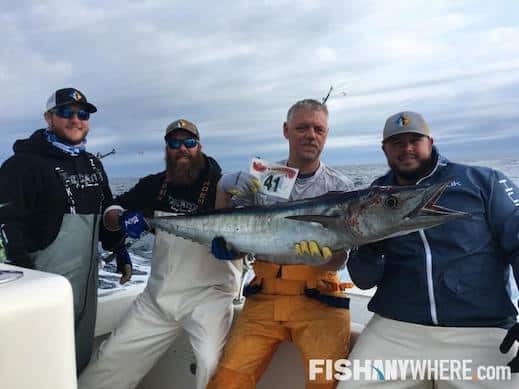 If you’re looking for a bit more adventure, a Savannah offshore charter is just the thing for your family. You can reach the open Atlantic Ocean in a relatively short amount of time, and spend as much time as you’d like bending the rods. We recommend at least six hours to give you plenty of time to get to a few fishing grounds. On these shorter trips you could be trolling or bottom fishing the nearby reefs. If you opt for a longer charter, you could be out fishing anywhere from eight to sixteen hours. These charters are of course on larger boats to handle the trip, and offer amenities such as bedrooms and bathrooms for your comfort. Offshore species include reef species such as grouper, snapper, and triggerfish, and pelagic species such as kingfish, tuna, marlin, and mahi mahi. You don’t need any experience for an offshore charter, your captain and first mate will take care of everything. Just be sure to bring your sunscreen, camera, and enthusiasm for a great day of fishing!

While you’re visiting the city filled with southern charm, plan for a day on the water. Whether you’re planning on a freshwater trip, an inshore or offshore charter, Savannah fishing guides will get you on the fish. Reserve your trip today and get ready for the adventure of a lifetime, it’s just a click away!