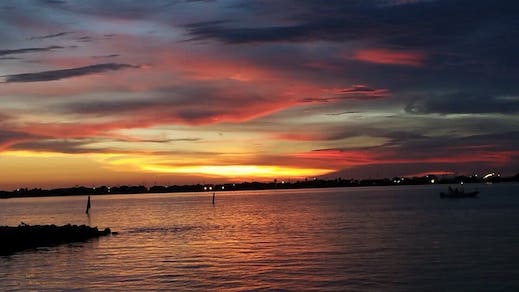 “Go west, young man.” And woman. And child. In fact, anybody wanting to catch a boatload of fish should go west out of Venice, Louisiana, heeding those words first made famous by newspaper editor Horace Greeley. Greeley was talking about westward expansion back in the 1860’s. We’re talking about going to West Bay and the surrounding areas along the Louisiana coast where, literally, fishing is fabulous. It would be easier to list what you CAN’T catch than what you CAN catch in this region of the coast. And while it’s a fishing mecca, it’s also an ever evolving change. This year’s fishing hole may be next year’s island, and vice versa. The shallow bay area, as with many Louisiana coastal zones, is ever changing as man and Mother Nature battle to preserve water and land resources. West Bay and Venice are at the top of the food chain for Louisiana Gulf fishing. The Bay and all its tributaries, small bays and maze of neighboring canals and lakes are great. And it’s a short boat trip over to the mouth of the Mississippi River and out into the Gulf for a multitude of fishing opportunities. 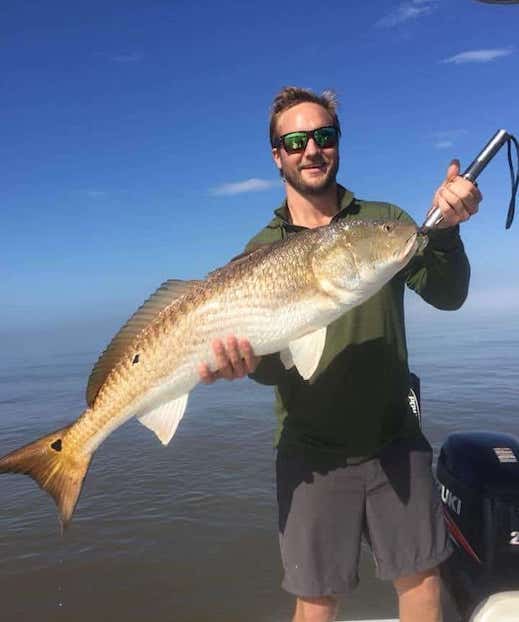 Because of the complexity of the waterways and fishing resources here, it’s almost always better to hire a guide and book a charter unless you fish here at least every few weeks. Not only do the water levels and pathways change, the fish are always on the move, following baitfish and reacting to changes in the habitat. Tide also plays a major role in fishing and boating safety. First, let’s talk about Venice. Most people think New Orleans is pretty much as far south as you can go in Louisiana. But not hardly. It’s almost a two hour drive down Hwy. 23 to the “end of the world” in Louisiana’s far southeastern tip where the road runs into the Gulf of Mexico at Venice. You can go even further by boat, to the Pass A Loutre State Wildlife Management area to the east or into West Bay to the, well, you know, the west. And it’s there that some of the finest fishing in the world can be found. It may be the end of the road, but it’s the beginning of fishing opportunities that are just hard to beat. There are several things unique about Venice, a fishing village that has earned the nickname as “the end of the world”. First, it’s about 95% water in any direction. Second, if you check around on travel sites and ask the question, “What is there to do in Venice, Louisiana?” you’ll really only get one answer: Go Fish. And here’s what you could expect to find at the end of your line in the Bay: redfish, speckled trout, flounder, sheepshead and black drum. You can also go up in the marsh and find some clean brackish water and catch largemouth bass in the canals and cuts. Out in the deeper water, you’ll find grouper, snapper, mahi mahi, tuna, swordfish, tarpon, yellowfin and blackfin tuna, Spanish and king mackerel, wahoo, Jack Crevalle, Amberjack, bonito, barracuda and more. Outside of West Bay and Venice is usually known as the yellowfin tuna capital of the world. Two things you need to make sure are in good shape include your back and the drag on your fishing reel. They’ll both be tested. The West Bay Diversion Canal is a hotspot for fishing. Not only does it offer big numbers of specks, redfish and flounder, the area also serves as a catalyst for the effort to build up new land and save Louisiana’s vanishing coastline. Popular fishing areas like Scott Bay, Dixon Bay, Bob Taylors Pond, ZinZin Bay, Buras Pond, William Pass and Bay Coquette are intertwined with literally hundreds of miles of canals and bayous cutting through the marsh. Back at the dock, there are some great places to eat in and around West Bay and you’ll find another unique thing here. Because of the tides and possibility of flooding you will discover that one of the most common ways to find a “hotel” room around here is to rent a houseboat. Houseboats are the resort rooms of Venice and West Bay.

There are two things you’ll find in abundance at West Bay outside of Venice, Louisiana — fish of all sizes, shapes and kinds and loads of skilled, veteran fishing guides. Take advantage of both and come up with a fishing trip of a lifetime. Whether you go in the Bay, up in a bayou or the marsh or out into the wide open Gulf, you can book a charter with FishAnywhere and combine all the ingredients together like a fine gumbo. It will be a delicious experience. Figure out when you can go, what you’d like to fish for, and talk to a charter provider and set up the perfect opportunity for you and your fishing party.