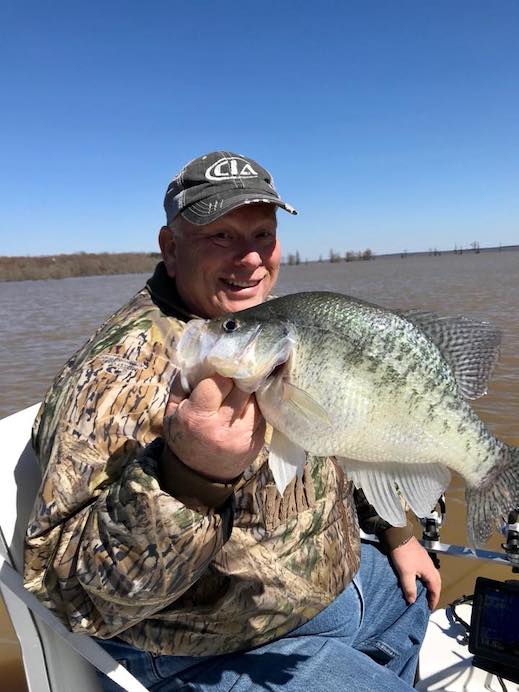 Fishing on Mississippi’s Grenada Lake has an almost cult-like following of recreational and crappie tournament fishermen. It’s known for its huge slab crappie. Not many lakes can compare and this lake has been named the top crappie lake in the country numerous times. The lake produces crappie all year long, is a topic of conversation among any serious crappie anglers and gets all sorts of labels and comparisons. But no other compliment is higher or more accurate than one it’s gotten the last few years. Anglers have started calling it the “Holy Grail” of crappie fishing. Endorsements don’t get much better than that. When it comes to slab crappie, Grenada has earned that reputation. If there is another lake that produces more three pound plus crappie than this 35,000 acre flood control lake three miles north of Grenada, Mississippi, it would be hard to prove. An example of that came in a tournament not too long ago when there were 13 fish weighed in that topped the scales over three pounds. Some of these slabs are almost three inches across the back. That’s a slab. While a two pound crappie is the standard on most lake, it takes a three-pounder to get much attention here. The lake was formed by construction of a dam on the Yalobusha River and like other flood control reservoirs in this area, it stays full most of the year, but is lowered to less than half its normal pool stage in the winter to help manage spring flooding in the area. The lake usually reaches winter pool, about 20 feet lower from the highest levels in the spring, around the first week in December. The best time to fish Grenada for the big slabs is spring when the fish are spawning and full of eggs, and that is also when they move into more shallow water and are easier to pinpoint. The best time to catch big numbers is usually in the Fall, when the lake is being drawn down slowly. The falling water concentrates baitfish and crappie schools. 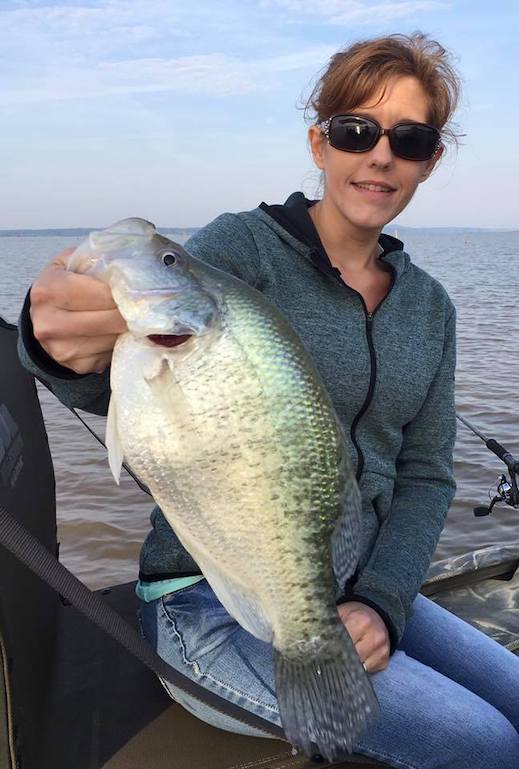 Shiners, plastic and hair jigs all work well here all the time. Fish concentrate in deeper channels and in the deeper areas near the dam as water cools into winter. The major channel areas are great places to find them. There isn’t a lot of natural cover, so the fish resort to man-made tops or structures placed in the lake and to the numerous changes in bottom contour. Having good electronics is a necessity to finding and staying on fish this time of year as fish gorge themselves for the coming winter. There are several reasons Grenada is so good for crappie. First, the water fluctuation and water quality enhance a large shad base that keeps crappie well fed and growing. Second, the lake is managed as a trophy crappie lake. While many anglers fish just for food and keep almost any size crappie, this lake has a 12-inch limit on keeper crappie, giving the fish a chance to grow up and grow big. Fish shorter than that must be released immediately after being caught. Lake managers say it’s like growing trophy deer. The longer they have to get big, the bigger they get. If you make a trip here, it will help to get as much information from local fishermen and bait shops as you can to help narrow your search. The Grenada Lake Visitor Center is the perfect starting point for your visit to Grenada Lake. Grenada Lake has two main areas named after the rivers that were flooded, the Skuna and the Yalobusha. Both of these areas produce a lot of fish, even though most fishermen choose the largest of the two, the Yablobusha. Largemouth bass fishing draws many anglers to the lake. Good numbers of bass can be caught in three to ten feet of water around cover early in the year. Buzz baits are also good. As the spawn ends and bass move to deeper points, larger crank baits and Texas-rigged worms work well. By this time, the water is usually very clear, so light line helps you get more strikes. Fishing around the many rock-lined areas also produces bass much of the year. Trolling is a good way to catch white bass in this lake. Spoons and small shad-like crank baits work the best. Jigs also work over the sandy points early and late. Catfishing is good on the old river channels on night crawlers, cold worms or stink baits. For bream, spawning fish are caught in a lot of firm-bottom areas such as old roads and some low-water parking lots that get inundated later in the area. There are also a lot of sunken brush tops and flats that hold big bluegills. 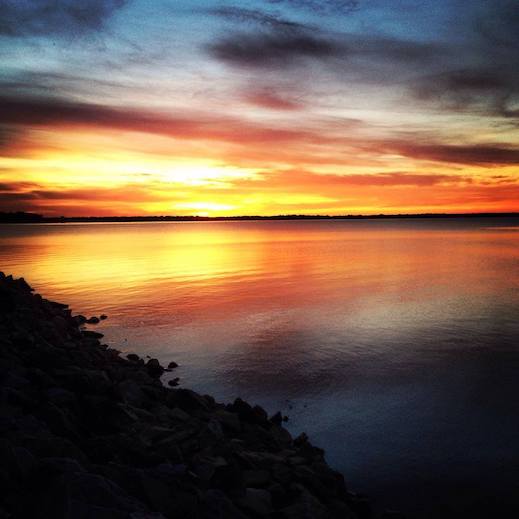 The Hugh White State Park has excellent facilities and even has an 18-hole golf course on the lake’s southwestern shore. The U.S.Army Corps of Engineers Park on the North shore also has excellent access and amenities. The lake is in a rural area about two hours north of Jackson, Mississippi just off Interstate 55.