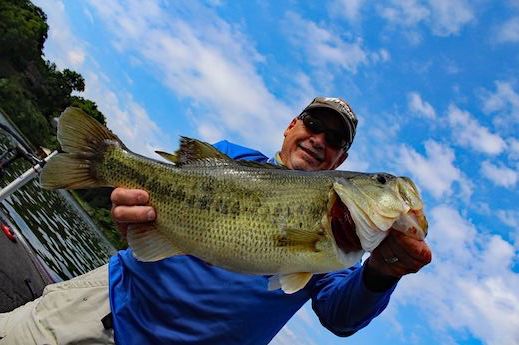 Lake Chickamauga in Chattanooga, Tennessee, is more than just a lake. It lies within a family of lakes along the Tennessee River that sits in the middle of Watts Bar Lake to the north and Nickjack Lake to the south. Chickamauga covers 36,240 acres of surface water and that includes the tailwater of the Watts Bar dam and the tailwater just below it’s own dam. The variety of water allows fishermen just about every type of freshwater fishing you can imagine, both for the standpoint of species and structure. But before you learn how to fish it, it’s a good idea to learn how to say the old Indian word. It’s pronounced “Chik-uh-maw-guh”. 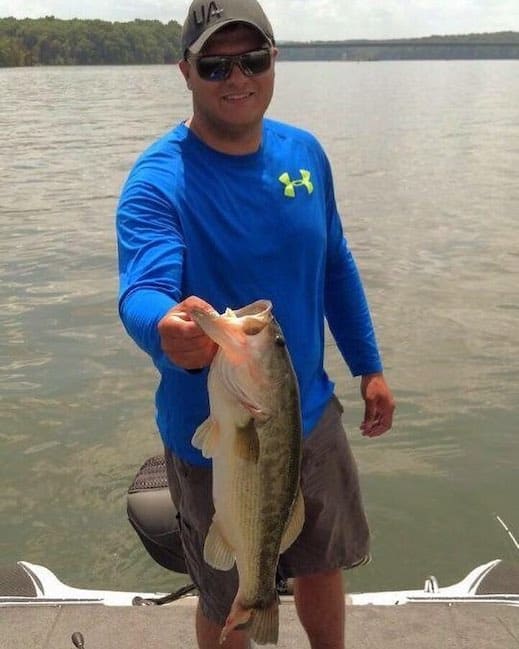 The state record largemouth bass came from the waters of Chickamauga, weighing 13 pounds, 13 ounces. So did the state record for spotted bass, a 6 pound, 1 ounce beauty. Largemouth bass fishing brings most of the anglers to this lake. It is the site of many large professional bass tournaments and recreational fishing as well. For years there were a lot of bass in the lake, but not many trophy bass. That has changed. In the past decade, the Tennessee Wildlife Resources Agency has aggressively managed stocking of Florida bass in the lake and they have taken off. The days when a five pounder got people excited are over, even though there are abundant bass that size. Now it takes a 10-pounder to get anyone’s attention. Resurgence of aquatic growth has also helped increase the numbers of fish as well. The basic patterns here are the same as other typical area lakes. The best time to catch a whopper is from November through February. Fishing slow and with big artificial lures is the best way for an angler to capture a trophy. But almost any technique will work for numbers of bass. Some of the most popular include sight fishing the beds and casting a swim jig or stick bait works best in the spring. Anglers usually find a good stretch of water and cast to just about any type of visible shoreline cover. The grass beds are good for bass, especially where channels run through or along the edges and there are shell beds and pea gravel patches that bass like to hang out near. Fishing the cypress trees also works, especially in warmer months when the fish look for some shade to hide behind. Don’t tell anybody, but Chickamauga is an awesome crappie fishing lake. In fact, it’s probably the area’s best kept secret. In the spawn, crappie move into shallow brush and stump beds with spider rigs. By May, the crappie move into deeper water ranging from 10-30 feet deep, suspended near drop-offs and creek mouths. Summer fishing has been difficult, but with new electronic devices to spot crappie schools easier, that is changing. Minnows, small crappie jigs and even deep diving crank baits work well. Striped bass fishing is great here, too, but that is mostly confined to the tailwater. Anglers can boat in safe areas to cast for stripers with jigs and spoons, or wade out in many areas and fish from shore. The best bank fishing area is adjacent to and below the Chickamauga Dam at the south end of the lake. There is a fishing pier and areas downstream from this tailwater area offer good fishing around laydowns and breaks in the river current where fish await food to be brought to them by the river current. Catfishing is also good in the tailwater areas. A note of caution is needed for anglers fishing the tailwater on either end of the lake. Powerful currents and hidden obstacles, plus water temperatures cold enough to bring on a quick case of hypothermia, must be respected. Follow instructions posted in these areas and always put safety first. 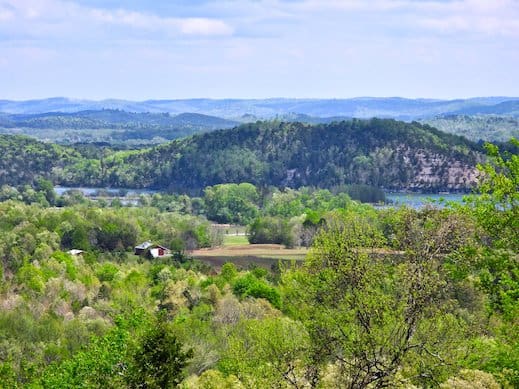 Public and private access at fishing docks and marinas is available from one end of the lake and river to the other. New additions to the landing at Dayton have made it one of the largest and nicest access points along the way. The Lakesite marina also offers anglers anything they need. You’d be hard pressed to find another lake that offers dozens of activities and attractions right at your back door like Chickamauga does. Chattanooga is a tourist town with a huge variety of restaurants and accommodations, from cabins and fishing lodges to major hotels in just about every price point. It’s a great place to mix a fishing trip with a family vacation with attractions like Lookout Mountain, Chattanooga Choo Choo Terminal Station, Tennessee Aquarium, Ruby Falls, the Chattanooga Zoo and the Tennessee Valley Railroad Missionary Ridge Train Ride just a short cast away from the waters of the Tennessee River and lake.