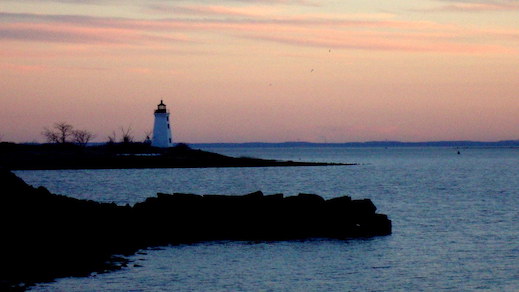 There are lots of places in the United States you can go and have way more things to do than you have time to get them done. One of those places is New York City and the surrounding area. Trying to figure out what to visit, where to shop, what entertainment to go see — it’s overwhelming. And that doesn’t even include trying to pick the best spots to eat. Long Island is a bucket-list destination for the well-traveled. It’s connected to New York City and all the bright lights, plus it’s a short ride to perhaps the most famous beaches and luxury living in the famed Hamptons. That area includes the historic Gold Coast Mansions and, well, just about anything money can buy. Most people would never think much about it, but fishing in the nearby Long Island Sound is just about the same. Where to go, what to fish for, and how to catch them isn’t an easy thing to figure out. There are so many choices. There is fishing in the Sound itself, which includes numerous large bays, inlets, and rivers emptying into the massive estuary. Then there is the Atlantic Ocean side of Long Island, which offers more exceptional fishing. There are more than 100 species of fish found in the Long Island Sound, with some of the more popular sportfish being fluke, striped bass, bluefish, summer flounder, scup, sea bass, and tautog along the entire coast. Long Island Sound is a tidal estuary that sits between New York and Connecticut. Fishing and boating are extremely popular here and if you are looking for a quiet getaway, you better get away to somewhere else. Consider that New York City has nine million people and an additional 20 million people live in a 100-mile radius of this area. 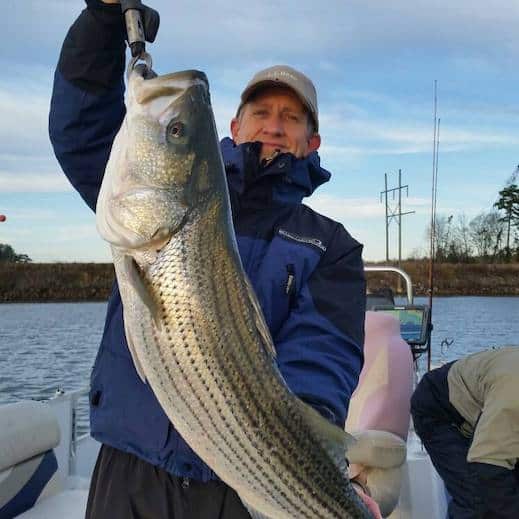 Access points to the Sound on either the New York or the Connecticut sides are abundant, but one of the top spots that serious fishermen head to is at the end of the road. Commonly called “the End”, Montauk is found at the end of Hwy. 27. This famous fishing town sits at the end of the Long Island peninsula and gives anglers easy access into the Sound as well the strong Atlantic surf and currents. Montauk is a major tourist destination and has several state parks and claims to have more world saltwater fishing records than most any other port. It is home to a huge recreational and commercial fleet of boats. Nearby inside waters like Napeague Bay, Gardiner’s Bay, Peconic River, and Peconic Bay as well as the entire sound offer some fantastic fishing for flukes and striped bass. This area is a tough spot for beginners, so it’s always a good bet to hire a local guide or book a charter to go fishing. They’ll take you out to the hotspots and show you what is biting without having to spend a lot of your time looking. They’ll also have all the gear you need and know what bait to use. A popular area on up into the Sound is Smithtown Bay. Areas of the water around it are known to be “paved” with big flat flukes during certain times of the year. Fluke is another name for flounder in this region and it’s simply a flat, bottom-dwelling fish that lie on one side. Most flounders run in the 5-10 pound range, but they can get huge. Striped bass, also called rockfish and stripers, are also popular all around the sound. These fish roam in schools and are ferocious fighters. It isn’t rare to catch a 20-40 pounder anywhere around the sound. There are also lots of freshwater fishing opportunities for largemouth bass and perch at hundreds of ponds scattered around or near New York City and in the Connecticut shores.

Fishing along the Atlantic is mostly done in boats, there are also some big stretches of beach that allow anglers to shore fish. Again, the top species are flukes and stripers. Both of these species can be caught by bottom fishing or casting and working lures, or live bait slowly along the bottom. There are size and number restrictions on both, and there are some closed seasons so make sure you know all the regulations before going. Again, your guide or captain can help you with that. Popular spots down the coast from the Sound are Fire Island and the Great South Bay near Jones Beach Island.

One of the most important things for fishermen to do here is to plan. Plan for what you like to catch, when you want to go, and then get in touch with FishAnywhere.com and book your Long Island Sound trip. You can go for a full day or half-day trips and find out all the options for a lazy day of fishing, or a day of fighting the big ones in the current or along the rocks.