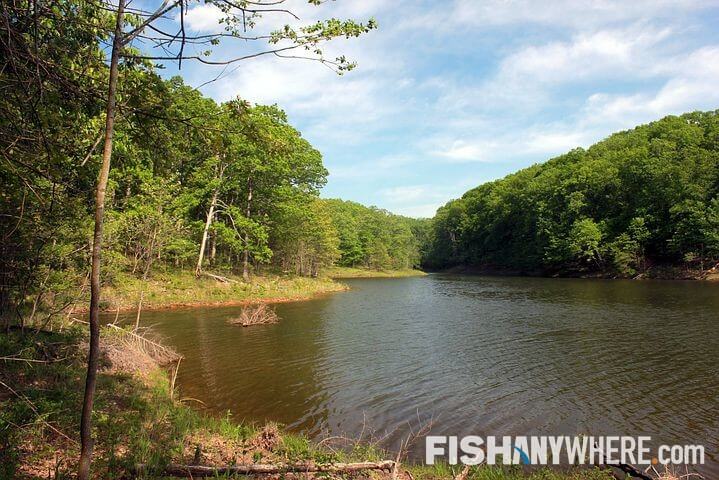 One could say this about the Missouri River: It’s North America’s longest fishing hole. Starting out in the Rocky Mountains in Montana, the Missouri River actually flows east for a while, then south all the way to St. Louis, Missouri, where it blends with the Mississippi River. There aren’t a lot of people all along the Missouri River as it drains a watershed of more than 500,000 square miles in ten U.S. states and two Canadian provinces. But along the way are quite a few big cities, like Great Falls, MT, Bismarck, ND, Pierre, SD, Sioux City, IA, Omaha, NE, Brownville, NE, Saint Joseph, MO, Kansas City, KS, Kansas City, MO and St. Louis, MO. If you are visiting one of them, you should consider a guided trip on the river. But there is also a lot of wild, wild country where there isn’t much but the river, the rock and the sand. If folks had to travel the river using the mode of transportation that the river is named after (Missouri means “people with wooden canoes”) it could take a long time to traverse the 2,341 miles of winding river, even if you didn’t have to go over, around, or through multiple locks and dams.

There are far too many places to detail along the way in a short amount of time, but it’s easy to trace some of the best fishing along the river. The best place to start is where the river starts, in Montana. Monster brown and rainbow trout make the Missouri a trophy trout lake for fly fishermen in the Three Forks to Canyon Ferry Lake area. The most popular spot in this area is the river below the Holter Dam, where the tailwater is famous for trout fishing. While trout fishing is one of the main attractions, there are spots along the river where you can catch crappie, bluegill, sunfish and largemouth bass primarily in areas off the main river channel. There are also lots of species in the moving and water around the main channel areas, such as white bass, walleye, sauger, and channel catfish. Before we go any further, let’s clarify one point. There are good spots all along the river where you can go and catch fish without help, but if your time is limited and you want to maximize your effort, every area we talk about has guides and charters available. That’s the easy way to do it. Reserve your Missouri River trip with a FishAnywhere.com guide and you can practically guarantee yourself the best fishing trip possible. The Missouri River enters North Dakota just west of the town of Williston. Here you’ll find a sweet spot for sauger fishing, especially in the cool months of spring and fall. The area around Bismarck is excellent for walleye. There’s lots more, too, like northern pike, rainbow trout, brown trout, cutthroat trout, lake trout, Chinook salmon and catfish. The Garrison Dam tailrace has a monopoly on the state’s trout and salmon records, so that’s a spot you don’t want to miss. There are even areas where you can catch big fish off sandbars downriver, where fish hold up in the slack water. South Dakota has its share of great spots, too. The same species exist here, but there is also a special smelt season and anglers love to catch paddlefish and sturgeon as well. There are four huge reservoirs that contain the river in South Dakota. They are Lake Oahe, Lake Sharpe, Lake Francis Case, and Lewis and Clark Lake. Each has its own identity and fishing pros and cons, but one thing is consistent: There are lots of fish to catch. With a professional guide to help you, getting a fish on the hook or in the livewell is almost guaranteed. As the river reaches the stretch that forms the Nebraska and Iowa state borders, it runs a bit faster than some other areas and is famous for its huge catfish. Both channel and flathead catfishing here is great and you can fish by boat or from the bank. Between the two states, there are more than 160 sites open to the public to reach the river for fishing and boating. Fishing for catfish is usually best behind wingdams that control the flow of the river as well as other man-made structures, sandbars, and brush piles. Backwater areas like Middle Decatur (southwest of Onawa in Monona County) and California (west of Modale in Harrison County) at times produce panfish like bluegill and crappie. As the river reaches through Kansas and into its “home” state of Missouri, almost all the species along the whole river are abundant. From the big river itself to backwater lakes, you’ll find the full range of small sportfish like crappie, bluegill and bass to the big fish of the river — catfish, walleye, and sauger. Each area fishes a little differently, but again, one thing they all have in common is lots of fish.

No matter what city you’re visiting along the Missouri River, make sure to include a fishing trip in your plans. Time of year and water levels will certainly have an impact, so consider those conditions as you plan. The water level in the big river is constantly changing and after big rains in the area you are fishing, or the watershed nearby, it can get muddy quick. That doesn’t totally halt fish biting, but it can make things tough. Again, a local and professional guide can make the trip easier and more successful. Find your next guide with FishAnywhere.com today!