Wahoo Fishing in Florida: What You Need to Know | FishAnywhere

Wahoo Fishing in Florida: What You Need to Know 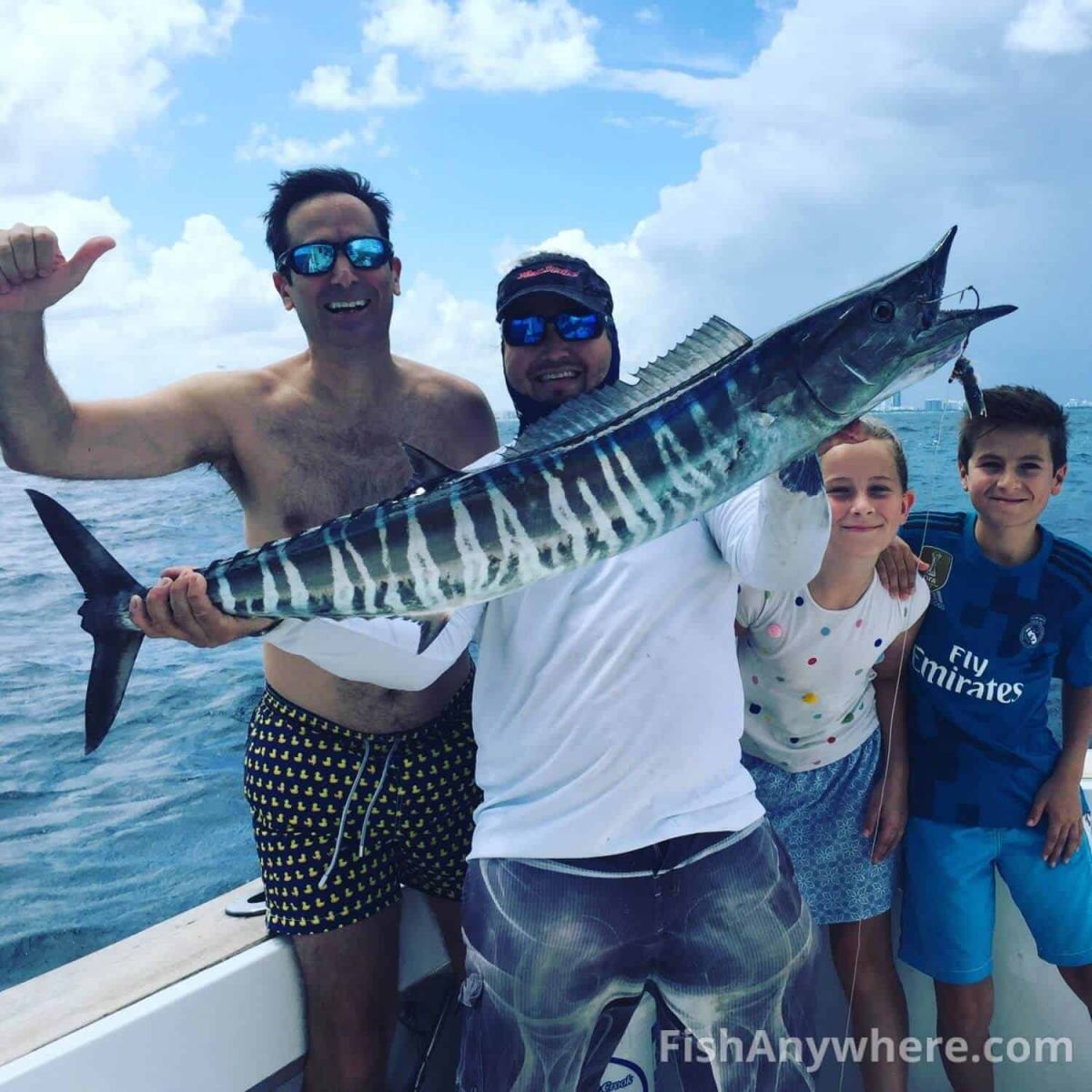 With a torpedo-like body, the Wahoo is built for speed. Reaching up to 50 mph in bursts, it is among the fastest pelagic species. This speed makes Wahoo a top target for anglers, not to mention these fish make for delicious table fare. Known for their reel-sizzling runs, Wahoo can peel off a hundred yards of line like nothing. These fish can be caught year round in Florida, but there are certain locations and times of the year that will make your trip more productive.

How to Catch Wahoo

Wahoo are caught by trolling, which is a fishing method that involves setting out your fishing line and driving the boat along with your bait in tow. This allows anglers to cover more water while maintaining a fast-moving presentation that can elicit a Wahoo strike.

Although Wahoo can and will hit a bait moving over 20 mph, trolling speeds of about 15 knots, or 17 mph, are most effective at maximizing the probability of a hookup. Captains will typically put multiple lines out when trolling for Wahoo, each at a longer distance than the last, maximizing the chances of a strike.

Where to Catch Wahoo 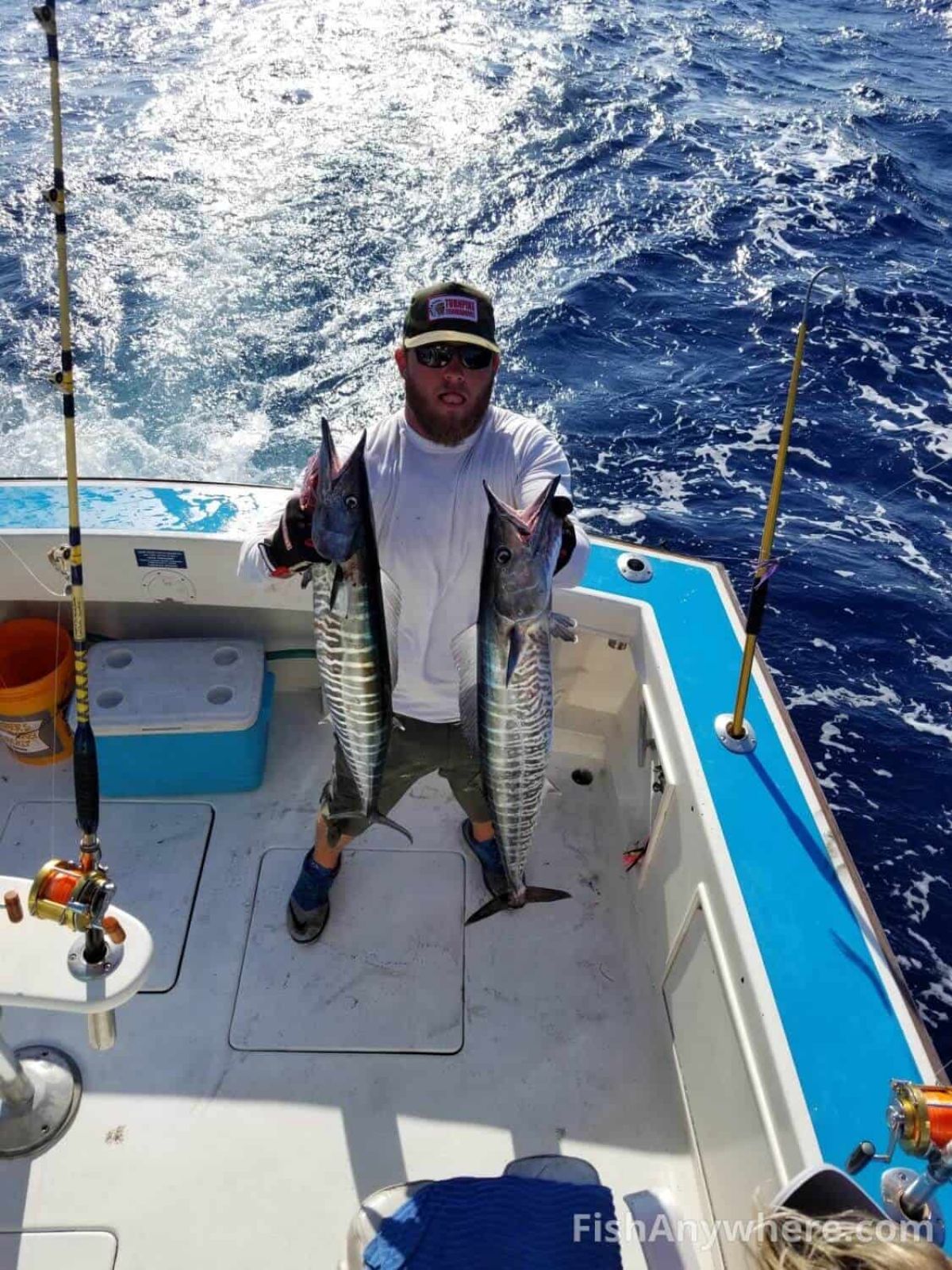 Wahoo are a pelagic game fish, meaning they are most often caught in open, blue water. How far out you need to go depends on which body of water you are fishing.

In the Atlantic off of South Florida or Florida's east coast, the Gulf Stream is only a short boat ride away, as close as three miles off of Miami. This is a warm water current that runs from the Gulf of Mexico around the tip of Florida, and all the way up the Atlantic coast. This current brings nutrients, baitfish, and floating weed mats, which attract the big game fish like Wahoo.

On the Gulf Coast however, anglers will need to head significantly further out to the Gulf Stream, typically 30-40 miles.

When to Catch Wahoo

Wahoo can be caught year-round off of Florida, however there are better times of the year to catch them depending on where you are fishing out of. In Miami, the best time of year would be from mid-summer to November, while in the Keys, winter months are more productive.

In the Gulf however, April and May are the hot months, with a second run from October through the end of the year.

What Time of Day is Best to Catch Wahoo?

Morning runs make for the best Wahoo fishing, but you're going to have to be ready to start your adventure early. Really early. Getting to the fishing grounds before sunrise is key to a successful day. As the temperature warms up, the Wahoo will start going deeper, making the chances of a strike much smaller.

It is critically important to keep an eye on the marine forecast when it comes to heading offshore. A beautiful morning can turn into a very choppy day, especially if you are trying to capitalize on winter Wahoo fishing, and a windy front starts rolling through.

Are you ready to catch your first or next Wahoo? Book with a Professional Guide on FishAnywhere.com. Wahoo fishing takes an extensive inventory of gear, knowledge of complex rigging, a boat that can handle offshore runs, and knowledge of local spots. Your Florida Wahoo Charter Captain will provide all of this. Search for a charter today, and you'll be yelling "WAHOOOOO" in no time!