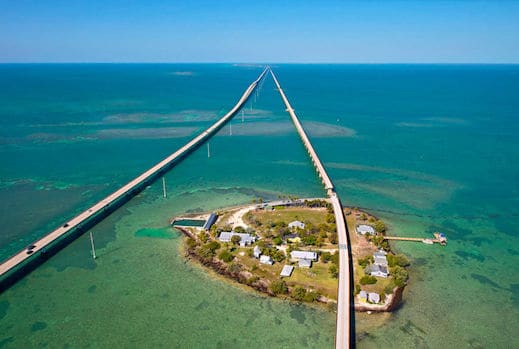 At the southernmost tip of Florida is the Florida Keys, a group of barrier islands trailing off into the beautiful, clear waters. The distance from the start of the Keys (Key Largo) to the end (Key West) is 113 miles. Travelers will drive about 2.5 hours on Overseas Highway across countless islets and islands, all collectively known as the Florida Keys. The very first key, Key Largo is a great place to start for access to the Everglades and backcountry fishing. Fishing captains in Key Largo typically pilot bay boats, perfect for small groups of two or three anglers. Islamorada is known as the “Sportfishing Capital of the World”, and there are several marinas filled with professional captains ready to take your crew out for a great day of inshore or offshore fishing. Deep sea fishing, in particular, is a popular excursion as you don’t have to travel far to get to the fishing grounds. At the end of the chain is Key West, a popular tourist destination and great fishing stop. While some travel here for Duval Street’s pubs or Mallory Square’s tourist scene, this is also the home of Ernest Hemingway. Hemingway (or “Papa”) was an avid fisherman whose legend still draws anglers to Key West. Visit The Ernest Hemingway Home and Museum and then book a Key West fishing charter to catch your own billfish. Other Florida Key islands include Duck Key, Big Pine Key, Marathon Key, Sugarloaf Key, Summerland Key, and Cudjoe Key among many, many others. Anglers can set out from any of the islands for an amazing day of inshore or offshore fishing. 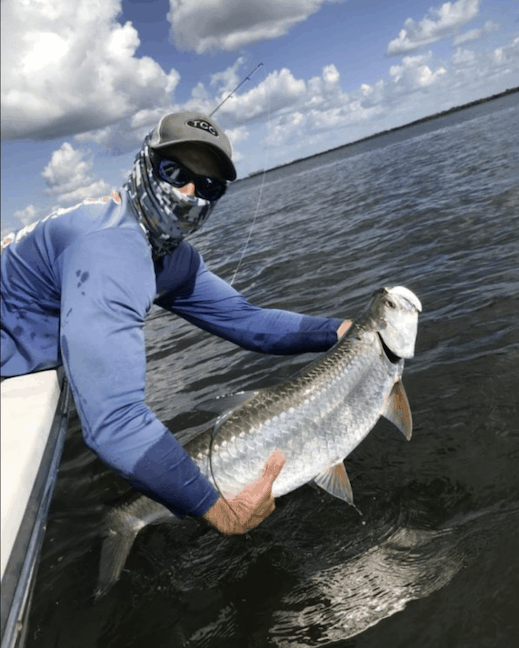 Inshore fishing in the Florida Keys can mean a variety of things. Backcountry fishing. Reef fishing. Shore fishing. Basically, anything within 9 miles of the coast is generally considered inshore fishing. And there are tons of fish that roam within those 9 miles. When fishing inshore off the Florida Keys many will travel to the backcountry, an area of mangrove islands and water with depths of 0-30ft. Fly fishing for tarpon in the backcountry is a top excursion. Tarpon are also called “silver kings” for their speed and silvery color. Plan your fishing trip anytime between March and June and get ready for the fight of your life. Tarpon are notoriously strong fighters with amazing acrobatics. In the backcountry you’ll also find snapper, grouper, shark, bonefish, and permit, along with the silver king. A Grand Slam is when you catch tarpon, permit, and bonefish in one day’s trip. Shark fishing in the Florida Keys is also very popular in the backcountry. Blacktip or bull sharks are typically what you’ll find at the end of your line. Sharks are typically catch-and-release, just watch out for those… you know, teeth. Fishing the calm inshore flats is a great way for anglers of all experience levels to spend the day. The shallows are great for new fishermen and women to practice techniques and also allows for “near-pro” anglers to either try a new technique or perfect an old one. Casting is much more frequent when inshore fishing, and hook-ups happen more often compared to offshore charters. 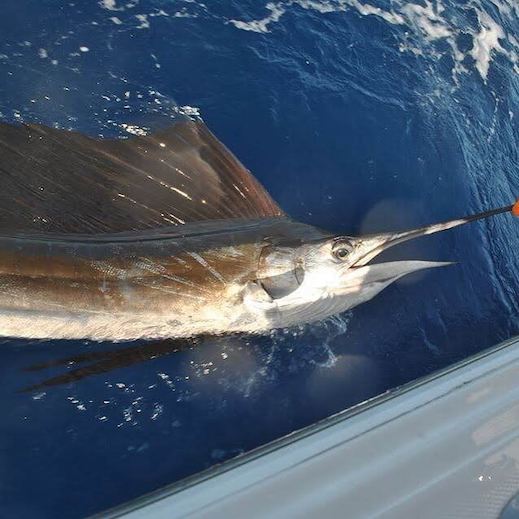 That’s not to say you won’t see a lot of action on a Florida Keys offshore trip. Offshore charters in the Florida Keys are fishing twelve months of the year and see plenty of fish biting their lines. There really is no “bad season” when it comes to the Keys. Some species may not be available at certain times of the year, depending on migration. But without a doubt, charters will get lines in the water pretty much every day of the year, depending on weather (like hurricanes in the late summer). Marlin and sailfish are highly sought after species in the Florida Keys. Both are members of the billfish family, recognizable by their long bills used to strike prey. Sailfish are distinguished by the dorsal fin that looks like a sail. The fin can be down when swimming and is usually raised as they fight prey or flee predators. Sailfish can take some time to land, especially on lighter tackle. They are acrobatic jumpers, and notoriously fast swimming fish. Expect long, reel smoking runs. Some Florida Keys captains even offer night charters for sailfish. This is a bucket list item for many hard-core anglers looking for an extreme adrenaline trip. Other offshore charter options include trolling for mahi mahi (also known as dolphin or dorado) and bottom fishing for snapper or grouper. Both snapper and grouper are bottom dwellers, and are typically found near structures such as reefs, wrecks, edges or cliffs. Open season for red snapper is in the summer, usually from June to August. And there are size and bag limit regulations for mutton snapper. It’s typically best to fish with a local guide that knows all the regulations, and they’ll also have all the gear needed for your excursion.

With so much water around the Florida Keys, it’s no wonder that fishing is such a popular commercial and recreational opportunity. Local charter captains are anglers that have been fishing these waters for years, and truly love the sport. When they aren’t working with customers on a guided trip, they are on the water fishing themselves. Start your Florida Keys adventure with a quick search of local charters on FishAnywhere. Select the Florida Key you’ll be visiting and find the charter perfect for your group. Whether it’s inshore or offshore adventures you’re looking for, a Florida Keys captain will be sure to get you hooked up on the trip of a lifetime.