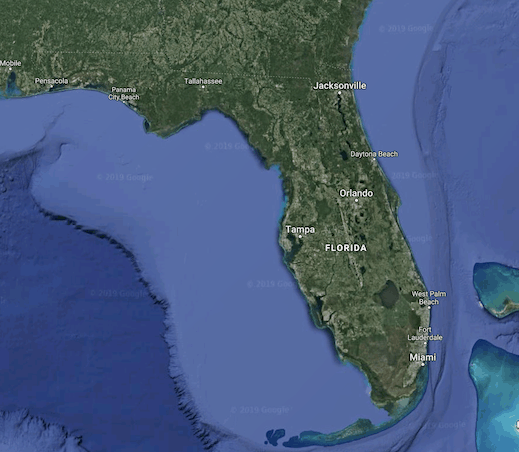 The Sunshine State is by far THE best for fishing in the entire United States. We’re not afraid to state that claim, with the amount of freshwater lakes throughout the peninsula and the abundant fisheries on all sides, it’s a no-brainer to set your sights on a Florida fishing adventure. The hardest decision to make will be where to cast your lines. 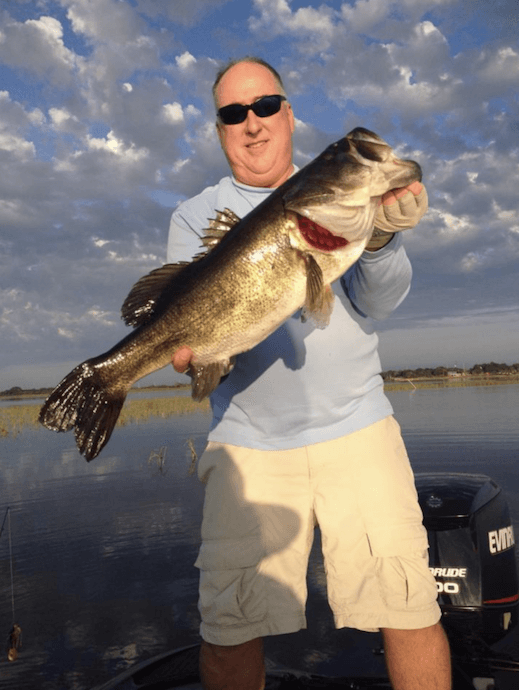 The best freshwater fishing destination in the state of Florida is no doubt Lake Okeechobee. Located towards the southern end of Florida, it’s the start of some of the best fishing in the state. Keep heading south into the Everglades and you’ll find yourself in an environment unlike anywhere else in the world. The local guides here will get you hooked on largemouth bass, crappie, bluegill, catfish, and those pesky longnose gar! Central Florida is another great place for some freshwater fishing trips. Near Kissimmee (pronounced “Kah-SIM-mee”) are tons of lakes filled with largemouth bass. The population has been able to sustain good numbers thanks to the Florida regulations that bass are catch-and-release only. Check out Lake Toho or the Kissimmee Chain of Lakes for good fisheries. Or, if you’re near the theme parks of Orlando (Walt Disney World, Universal Studios, Sea World), check out the Butler Chain of Lakes or Lake Harris for a good time bending the rod. On a 4hr fishing trip on the aforementioned lakes, you can expect to catch upwards of 30 bass per angler. And the quantity isn’t the only appealing aspect, Central Florida consistently produces 6+ pound bass 12 months out of the year. Another favorite freshwater fishing spot is the St. Johns River. The north-flowing river runs for more than 300 miles parallel along the east coast from Indian River County to Jacksonville. It’s another major producer of largemouth bass, as well as crappie, bluegill, and catfish. As it approaches the mouth of the river at the Atlantic Ocean, the water becomes brackish and you’ll find some highly sought after species, such as redfish, snook, trout, and more! 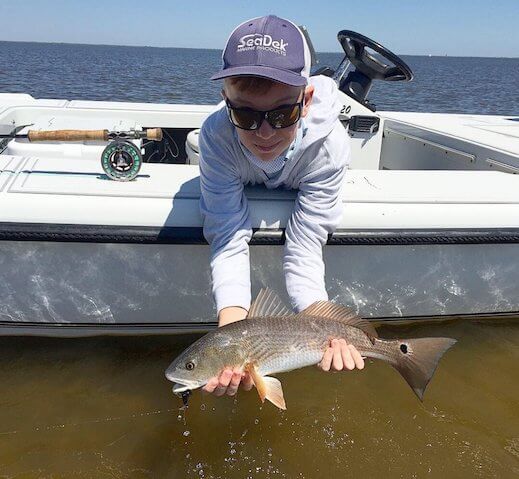 Speaking of redfish and trout, these inshore species are among the most fished in the state; which is why most anglers will practice catch-and-release to sustain a healthy population. Redfish are tan or bronze colored with a distinguishable black dot (or dots) near the tail. They are found from the Panhandle (near Pensacola and Destin) to Tampa as well as on the east side of the state. Fish near the shoreline during winter months and you’re certain to see their tops or tails breaching the surface as they search for food. Speckled trout is another inshore species found near the shores during winter months. During spring and summer months many anglers will turn their attention to the silver king himself, tarpon. These fast and slippery fish become an addiction to those who try to land one. They are found across the state, near Tampa Bay, the Florida Keys, and Mosquito Lagoon depending on the season. Each of these Florida locations vie for the top inshore spot of the state, and it’s hard to compare the three. Each bring their own wildlife and topography, but generally you can fish the same species in each: tarpon, redfish, trout, snook, and flounder to name a few. If you are looking for a true Florida fishing adventure, consider surf fishing for sharks. Surf fishing is from the shore, without a boat. Simply cast your line into the ocean from the shore. Use a pyramid sinker to help keep your bait from getting tossed and turned by the waves. Blacktip sharks are known to cruise the waters close to shore looking for an easy meal. Just make sure there are no swimmers or surfers near where you’re casting, and keep in mind Florida’s new regulations for shore based shark fishing. 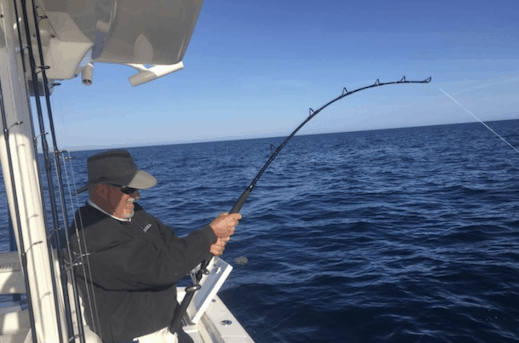 Offshore fishing in Florida is the real thing (or “reel thing” for those who like a good fish pun). Islamorada, an island in the Florida Keys, is known as the “Sportfishing Capital of the World”. And there’s good reason. Depending on the weather, there’s usually always an Islamorada captain ready to guide customers to a great day of offshore fishing. They’ll head to The Humps (an underwater mountain system) and the Gulf Stream (a river current of water from Florida to Iceland) that are both filled with baitfish and trophy sportfish such as mahi mahi, tuna, marlin, sailfish, and more. The fishing charters along the Atlantic Coast (from Miami to Jacksonville) will also set out for the Gulf Stream for a great day of fishing. During the winter months, charters will target sailfish, a billfish that’s spectacular to catch. The acrobatics of this fish will blow your mind, they jump and thrash even at 100+ pounds. Your captain will typically troll for sailfish, dragging lines with bait on the surface of the water to get the desired fish’s attention. Over in the Gulf of Mexico, offshore charters will also troll for pelagic fish such as marlin, mahi mahi, and wahoo to name a few. In the summertime, snapper season is open so many charters will focus solely on red snappers. Panama City Beach is known as THE place to start your red snapper charter, though nearby Destin and Pensacola are fishing the same areas, so you really can’t go wrong with where you start your Gulf of Mexico red snapper charter. Red snappers are caught while bottom fishing and are known to put up a ferocious fight.

There are few of our favorite places that we haven’t mentioned: like Biscayne Bay or the Indian River Lagoon, both fantastic fishing grounds offering a unique experience. There is so much water and fishing opportunities in the state of Florida we’re convinced it would take several lifetimes to see them all… but that sounds like a challenge worth accepting.