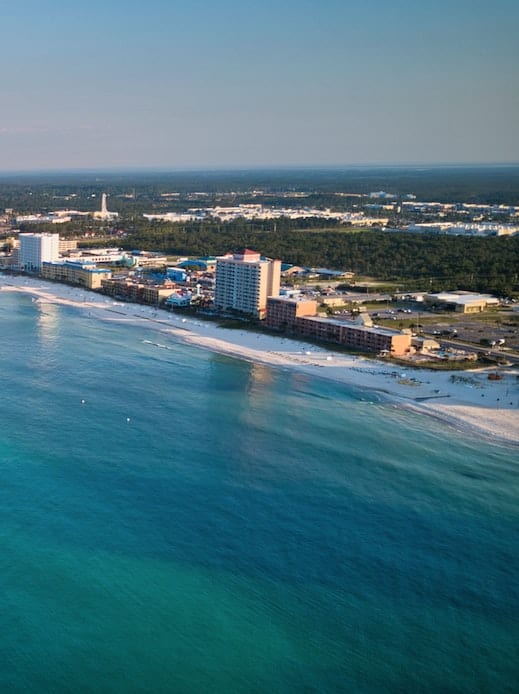 Panama City Beach is world-famous for college spring break, but serious anglers also know these shores and the waters beyond in the Gulf of Mexico are a fisherman's paradise. Lots of people book a family vacation, with some heading to the beach for surf and sand and others heading out on the water to fish. PCB, as it is often abbreviated, is on Florida's Gulf Coast at the western edge of the Big Bend where the panhandle begins. Extensive efforts by conservation and angling groups have scattered many artificial reefs through this area. Panama City Beach fishing charter guides have these fish magnets marked in their GPS units so they can get you to the fish in a hurry. The Emerald Coast shallows are known for long stretches of grass flats where the water runs from a couple of feet deep to as much as 10 feet. This is prime speckled trout habitat. Anglers in the know throw Mirrolure crankbaits for the gator trout. These toothy fish also fall to grubs and jigs cast straight or fished under a popping cork. If that fails, live bait, especially fingerling mullet or bull minnows will draw strikes from the most lock-jawed trout. Bull minnows are easy to catch with a cast net at the edge of the shorelines. Redfish are also common in the bays, especially over the oyster bars where they cruise looking for small crabs, shrimp and other bite-sized prey. Check the state regs before you head out so you will know what you bag limits are and what you should be targeting. 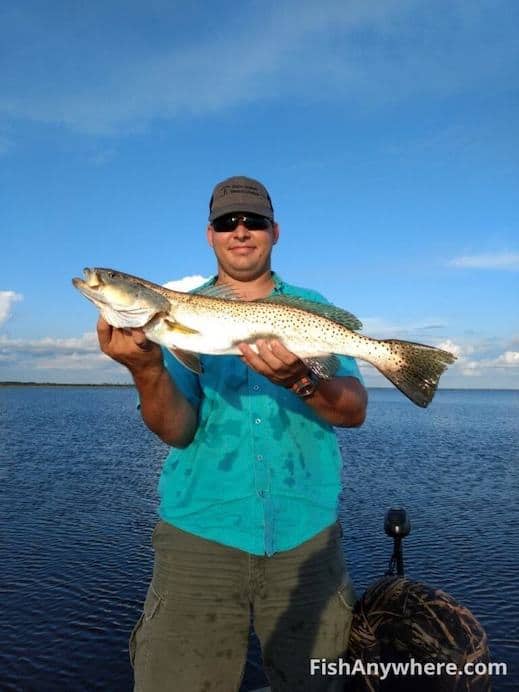 Inshore fishing is done in the four bays: West Bay Grand Lagoon, North Bay, St. Andrews Bay and East Bay. All four waterways are connected, and the names help separate them. The fish do not care about the names, although they do care very much about the habitat and food that these bays provide. The bays are full of structure like old crab traps, seawalls, docks, bridges and even a few tractor tires either dumped as fish attractors or swept down from the farmlands to the north. Mangrove snappers are usually found hanging out here, and can be caught on live bait, cut shrimp, and shrimp-imitating artificial lures. Right off the beaches swims the croaker, also called a whiting. An "unregulated fish" in Florida, you are allowed to catch up to 100 pounds per angler. That's a LOT of fish. They like small bits of shrimp or squid on small hooks fished on the bottom. They also make excellent live bait for heading offshore. When the Spanish mackerel are running it can be all hands on deck once the school is found. These fish are constantly on the move looking for food. When they find baitfish, you will see gulls and pelicans diving down to scoop up their own meals. Trolling and casting silver spoons or silver lures will get their attention. Spanish can be found in the bays and out in the deeper water offshore. 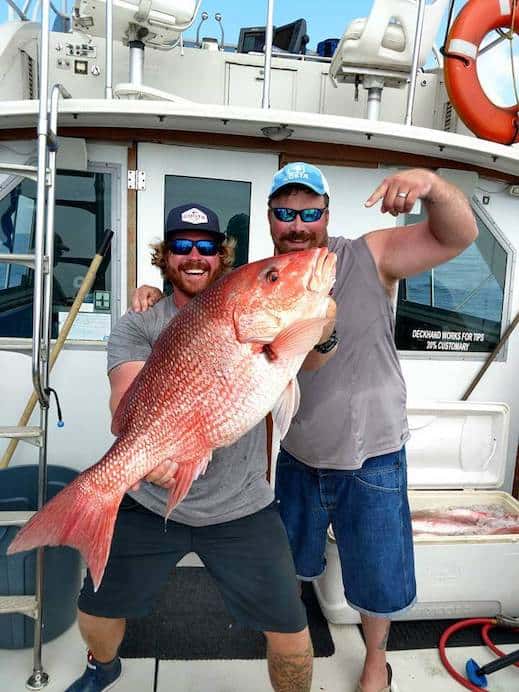 Grouper, big sharks, snapper, barracuda, dolphin, king mackerel, wahoo, tuna and marlin are what you can expect to find in the deeper waters offshore. Wahoo, tuna and marlin are most often caught trolling. These ocean-going fish follow the massive schools of baitfish that are following the algae and plankton blooms. When the tuna are in town, catching a limit is easy. These hard-fighting fish love to strike squid rigs fished close to the surface. Know that when a tuna connects, he's going to make one reel-stripping run. If you can keep him on the line until he stops, your chances of grilled tuna for supper are almost 100 percent. Almost 100 percent because barracuda are known to hang around tuna schools. They are opportunist feeders. If the 'cudas start chomping everything you catch, then catch them! Bigger barracuda should be released and not eaten. Smaller ones can be good if cooked properly. Snapper and grouper are plentiful on the reefs and wrecks off of Panama City Beach. The best way to catch these bottom dwellers is with live, frozen or cut bait. Panama City Beach fishing guides will have a selection of all that, depending on what local fishing reports say is working best in the past few days. Just drop a line right over the side and hang on. If anything is down there, it will hit within a few minutes. 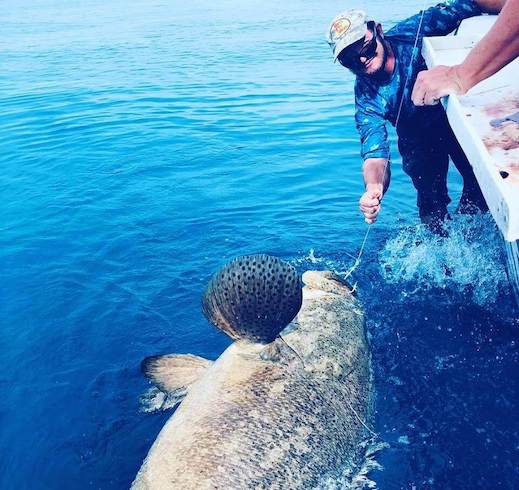 The Goliaths of Panama City Beach

If you think you are strong enough, your guide can set you up to wrestle a fish that can weigh 500 pounds or more. Your fishing rod is typically tethered to the boat with a very strong rope in case you can't hold on. Goliath grouper are making a comeback after being fished to near extinction. The fishery is still catch-and-release, but the photo and video captured of one of these beasts boat side are enough of a trophy for any angler. Ready to book your fishing trip today? Search all Panama City Beach charters and guides.

Panama City Beach fishing trips are a great way to spend a day with your family. Select a professional and experienced charter captain here.