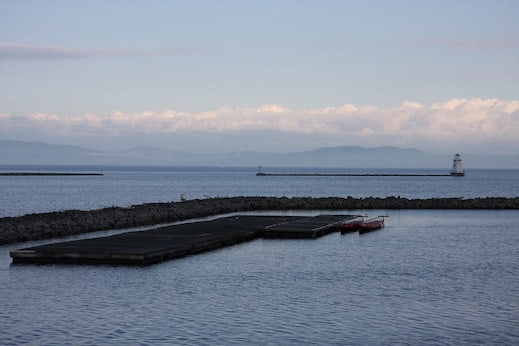 Lake Champlain is an expansive natural freshwater lake which includes part of Vermont and New York and also crosses into the Canadia province of Quebec. Champlain not only has monster sized fish, it has a real monster of its own. Well, kind of. Lake Champlain covers 271,000 acres and has almost a 10,000 square mile watershed, averaging 64 feet deep. But it also has some water that is 400 feet deep. Those waters are full of one of the largest varieties of fish you can find anywhere. 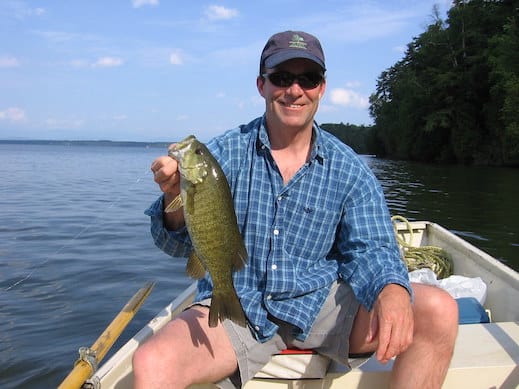 The Fish of Lake Champlain

There are largemouth and smallmouth bass; Lake, Rainbow, and Brown Trout, black crappie, yellow perch, walleye, chain pickerel, muskie and bluegills to name a few. And, depending on who you ask, there is “Champ” too. Lake Champlain covers the oldest known fossil reef in the world. That might be what leads some folks to believe several reported sightings over the past few decades of a mysterious, giant fish-like creature which has been nicknamed “Champ”. The lake’s own version of the Loch Ness Monster is a popular piece of lore with folks familiar with the lake. One thing there is no question about is the variety of fish species at Lake Champlain. Ninety-three species of fish have been identified in Lake Champlain. About twenty of these are actively sought by anglers: large and smallmouth bass, walleye, northern pike, lake trout, and landlocked salmon are some of the most popularly pursued. Large and smallmouth bass get the attention of people around the country because of many huge bass tournaments held on the lake. In the spring, the fish are in shallower areas and can be caught on jerkbaits, spinnerbaits, jigs and tube worms around rocks and grass beds. Often anglers find both largemouth and smallmouth bass sharing the same habitat. Later in the year, the fish move out to deeper waters and congregate around rock jetties, points and mouths of streams and coves. The spawn here often goes on into the early summer because of the cold weather and water conditions. Post-spawn is a popular time to fish as the bass stay in shallower spots before moving to deeper water for the summer. Good Lake Trout fishing in Lake Champlain is from the Westport area north to Cumberland Head near Plattsburgh. Lake trout prefer cold water and are likely to be found deep during warm summer periods. 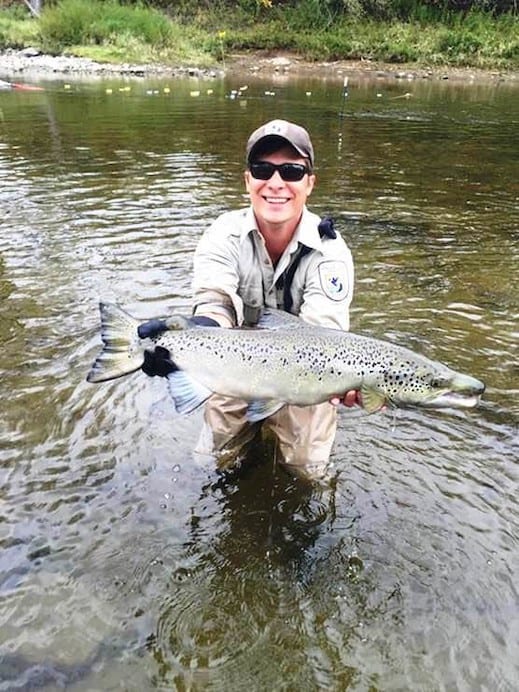 Rainbow and brown trout fishing is best in the Champlain tributaries. Excellent fishing for Lake Champlain landlocked salmon can be found at the Sandbar Causeway Bridge between Milton and South Hero, and at the Hatchery Cove area near the Ed Weed Fish Culture Station at Grand Isle. Other locations worth trying are the Missisquoi River, Lamoille River, along the shores of the Inland Sea, Shelburne Bay and Otter Creek. Productive tributaries on the New York side include the Saranac, AuSable and Boquet Rivers. There are many areas to consider fishing on the 120-mile long lake. The lake itself stretches from Whitehall, N.Y. through the Green Mountains of Vermont and Adirondacks in New York. The south end of the lake is known as “Ti” because it is close to Ticonderoga, N.Y. This end of the lake is probably the most popular for largemouth fishing in the lake. The shallows are loaded with milfoil and other types of grass, providing excellent habitat for big bass. This end of the lake is also usually muddier, as the lake essentially starts out like a big river. In the main lake, which begins at the Champlain Bridge, the deepest and most clear water exists. This area has some good fishing for walleye and muskie, but it also too deep to fish in many areas. The island area of the lake on the north end is really one of the best areas to fish for most species. The water is more shallow with big grass flats and rocks. This area is called the Inland Sea area and includes popular fishing area Mallets Bay. The far northeast area of the lake called Missisquoi Bay sprawls out into a river delta that is very productive for fish, as is Rouses Point, across into Canadian waters. 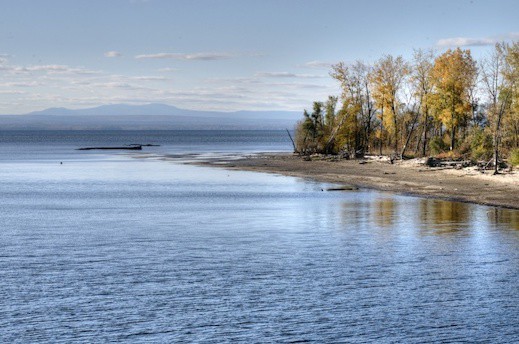 Get on the Water

Interstate 87, the Adirondack Northway, runs alongside the western side of the lake in New York. In Vermont on the east side, Interstate 89, the Vietnam Veterans Memorial Highway, runs alongside the lake. No matter where you want to fish, there’s probably a good public boat launch not too far away. There are over 50 public boat launches with access to Lake Champlain and lots more private marinas and launches. They can be found all up and down the lake. There are also lots of great facilities. That includes 12 state parks in Vermont and four in New York. Both states have numerous public beaches. Overall, the shore of Lake Champlain is relatively undeveloped. This is a lake with joint management between two states and two countries, so make sure you know and follow the rules, regulations and licensing requirements.