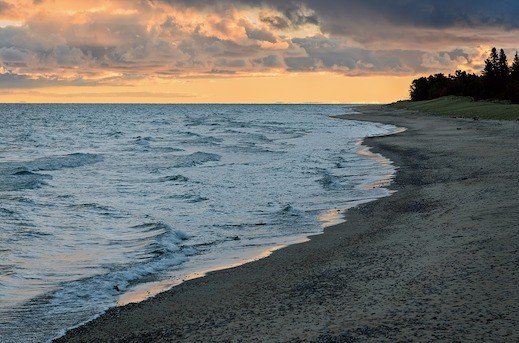 By its very name, Lake Superior can lay claim to being “high quality and greater than others”. One thing is for sure, Lake Superior is the largest of the Great Lakes system. It was named Superior from the French word, “lac supérieur”, which means upper lake. Being the “upper lake” of the Great Lakes, it is also the coldest and often, the most dangerous. Anglers can pursue a wide variety of fish, but have to use caution when in smaller boats. One way to avoid that on this lake is to hire a guide and trust their experience and skill to not only get you to the fish but keep you safe. They’ll ensure that your reward is greater than your risk as you chase after walleye, Atlantic salmon, coho salmon, chinook salmon, lake trout, brown trout, steelhead, lake whitefish, smallmouth bass and a fish unique to this body of water — splake. Consider this. Lake Superior holds 10 percent of the world’s surface water, is more than 1,300 feet deep at its deepest point, is 350 miles long and at its widest point, is 160 miles wide. It has 1,729 miles of shoreline and uncounted islands. Located on the U.S. / Canada border, it’s shores touch cities like Duluth, Sault St. Marie and Marquette, Michigan; Superior, Wisconsin; and Thunder Bay and Sault Ste. Marie, Ontario. How big is it? Consider this. On a clear day, the sun actually sets 30 minutes later on the west end of the lake than the southeastern end. 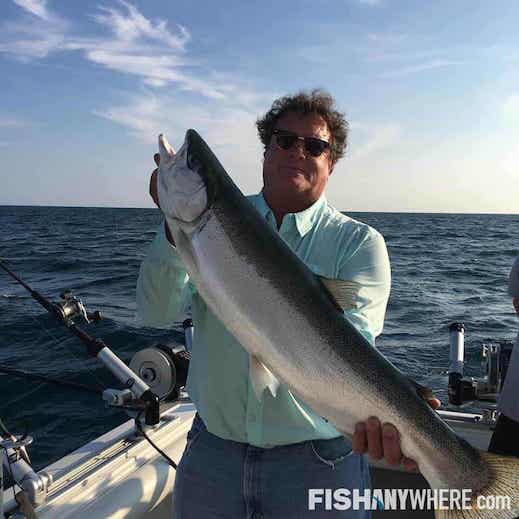 The massive body of water has many areas that are not good for fishing. Some of the infertile waters remain so cold and deep that they cannot sustain good fisheries. But more than 300 streams and rivers empty into the lake, which make for good fishing around those areas. Because of the size and diversity of fishing populations, it’s a good bet that a guide will make your trip much more productive and enjoyable. The old saying that 90 percent of the fish are in 10 percent hold true here, so that shows anglers in a hurry how many places there are NOT to fish. Most of the best fishing on the lake is near islands, the shores or rivers entering or leaving the lake. The North Shore of Lake Superior was at one time, poor fishing for anglers. But progressive management and special regulations have returned the fishery here to an attraction that draws anglers from all over both countries. The North Shore area runs from Duluth on the southwestern end of the lake to Thunder Bay, then on to Ontario, Canada to the north and Sault Ste. Marie, Canada, on the east. The top choice for fishing Lake Superior’s North Shore is for big steelhead, with Kamloops rainbow trout running a close second. Make sure you understand the difference in the fish and follow special regulations for them. Because of waters expanding into both countries, anglers need to make sure they are following all rules, regulations and licensing requirements. But the fishing makes it worth the effort. If you want to catch a splake, this is the only place to do it. The splake is a hybrid between lake and brook trout and is unique to the Copper Harbor area of Michigan. Some other great fishing is available at the Isle Royale Isle National Park in U.S. waters just outside of Grand Portage. You can take a ferry out of there to fish for some of the biggest lake trout in Superior. Other top spots to fish include Stannard Rock, Michigan, where you can take a long boat ride out to some fantastic reef fishing. The shallow water spots are good early and late, but get tough when the sun gets high and scatters fish to deeper water. If you are looking for smallmouth bass, the areas around Ashland, Wisconsin are good. The weed beds produce good numbers of smallies, although they don’t get as large as some other Great Lake waters. Weedy areas around Waiska and Izaak Walton bays are excellent for walleye, northerns and whitefish at the Sault St. Marie, Michigan, area. 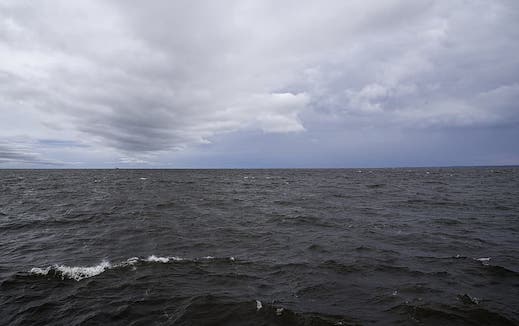 The lake’s region is steeped in history and numerous accommodations from plain cabins to fancy housing are available at various towns along the lake. There are also numerous entertainment and dining options. And there are plenty of stories. Canadian songwriter/singer Gordon Lightfoot made the lake and it’s rolling waves famous with his song, “The Wreck of the Edmund Fitzgerald” in the 1970’s. Lightfoot’s hit went to No. 1 in Canada and the U.S. as he memorializes the giant ship that sunk in a fall storm on the lake. There have been over 500 shipwrecks on the lake, which emphasizes the fact that it can be a mini-ocean at times.