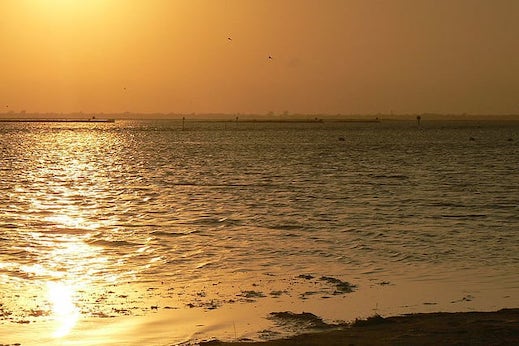 They say things are bigger in Texas. And this goes for fishing as much as it does everything else in the Lone Star State. Second in area (behind Alaska) and population (behind California), Texans know what it means to “go big.” They have some of the best freshwater fishing in the country with the opportunity for prehistoric catches (looking at you, alligator gar), as well as some fantastic fishing along the Gulf Coast in numerous bay systems. And, of course, we can’t forget about the Gulf of Mexico. The reefs and oil rigs near Texas provide some of the most outstanding fishing grounds in the world. There’s nothing quite like hearing the drag scream when you’re fishing in Texas. 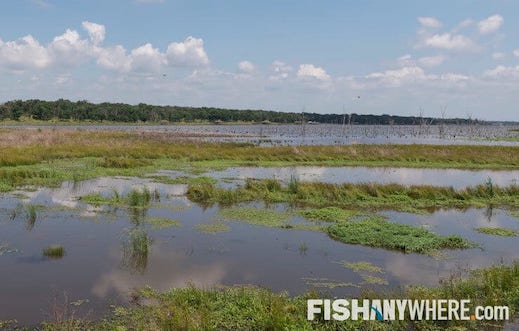 There are more than 1,000 freshwater lakes throughout the great state of Texas. Most are sprinkled throughout the eastern side of the state, though there are some in central and west Texas as well. The weather and temperatures in Texas means fishing is usually available twelve months of the year. The top two species anglers target while fishing here are largemouth bass and catfish, but there are several others including alligator gar, crappie, sunfish, carp, bluegill, and many more. Texas has some of the best bass fishing grounds in the country. Whether you’re looking to snag a big ol’ bucketmouth (largemouth bass), striped bass, white bass, or hybrid bass, Texas has the lake for you. Among the top producing lakes are: Lake Fork, located in east Texas and a fantastic place to catch large bass; the Sam Rayburn Reservoir near Jasper; and Caddo Lake on the state line of Louisiana. If you’re looking for a truly unique excursion, consider the alligator gar. Found mostly in Texas and Louisiana, alligator gar are a prehistoric-type fish. Their mouths are like alligators (hence the name) long and sleek with sharp teeth. Bow fishing for gar is a popular technique among Texas anglers. You can find alligator gar throughout most of the lakes in Texas, including Lake Texoma, Corpus Christi Lake, Sam Rayburn Reservoir, and Lake Livingston. 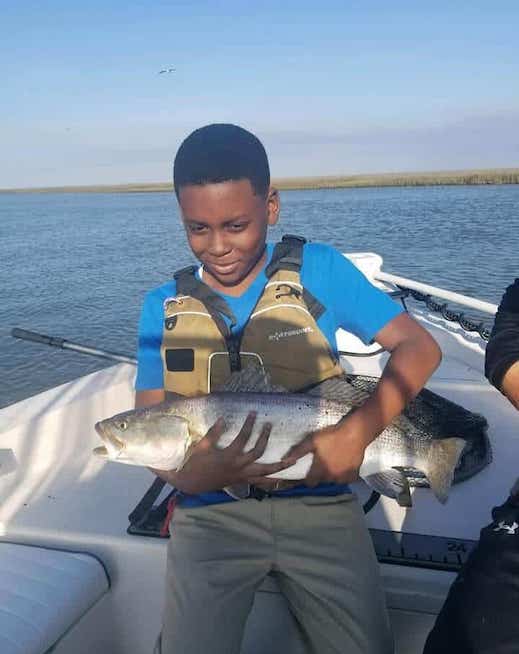 If you’re on the coast of Texas, chances are you’re near a bay. The coast is littered from Laguna Madre at the southern tip to Galveston Bay near the border. There is a string of barrier islands that protect the bays from the Gulf, and several rivers depositing along the coast, creating estuaries with some of the best fishing in the country. Laguna Madre, in particular, is unlike anywhere else in the world. The high salinity of the lagoon creates the perfect habitat for inshore species such as redfish, speckled trout, and flounder. In fact, across the Texas Gulf Coast, these three are the gold standard of inshore fishing for anglers of every skill level. Speckled trout and redfish are similar in habitat and fishing techniques. Drift live or cut bait in the tidal waves as the fish are feeding; shrimp or crab are best. Colder weather is great for trout fishing, while spring or fall is the best time for redfish. Flounder are found along the bottom as they are flatfish. These predators will hide along ledges or drop-offs waiting to ambush their prey. Drift live or cut bait that mimics their food and the flounder is sure to strike. Keep in mind, flounder are known for finicky hits. You may need to wait a second or two to set the hook, or you risk pulling the bait right out of its mouth. Many anglers have stories of losing a flounder at the boat because it had not actually been hooked, but was simply holding onto the bait. Popular techniques for anglers fishing Texas bays include wade fishing and kayak fishing. The calm water of the bays allows anglers to get closer to the action than ever before. If you are inexperienced with either technique, we recommend hiring a local guide that can teach you the ins and outs, and make sure you stay safe as you try your hand at wading or kayaking. Wade fishing, in particular, needs a steady foot and knowledge of the area before you head out. 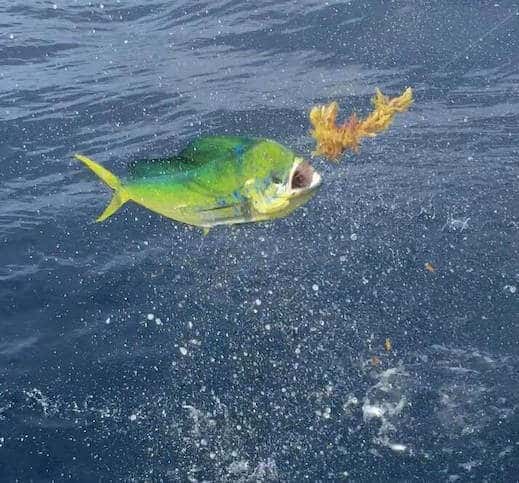 To get to the big fish, your captain will pilot the boat far out into the Gulf of Mexico. The Gulf is a unique body of water in that it’s actually quite shallow for its size. The continental shelf does not begin to really drop off until you are quite a ways off the coast. Anglers looking to catch pelagic species such as wahoo and billfish will typically find themselves about 50-80 miles out, in about 1,000 feet of water. Mahi Mahi, also known as Dorado and Dolphin, begin becoming more common in about 100 feet of water. These brightly colored fish are a blast to catch, and are arguably one of the best tasting fish in the sea. Look for floating weedlines or grass mats, and the Mahi are usually close by. Smaller Mahi travel in schools, making it easy to come home with a cooler of fillets before you know it. Your captain will troll at least four lines in the water with shiny bait to attract the desired fish. Once one is on the hook, you can cast for the rest of the school and have a boat full of mahi in no time. If you’re looking for a reef dwelling species close to the shoreline, may we suggest the snapper? There are a variety of snapper found throughout the Gulf, including the red snapper, vermilion snapper, and lane snapper. Snapper are generally found near the reefs, waiting to ambush their prey. While federal waters have regulations on red snapper fishing, as long as you stay within the 9 nautical miles of state waters, you can harvest red snapper twelve months of the year.

No matter where in Texas you live or travel to, get yourself a trip with a local professional guide. Experience the real wildside and take in the big Texas sky while out on the water. You’ll see local wildlife and make memories to last a lifetime. Don’t wait a second longer, search FishAnywhere.com for your Texas fishing charter today!